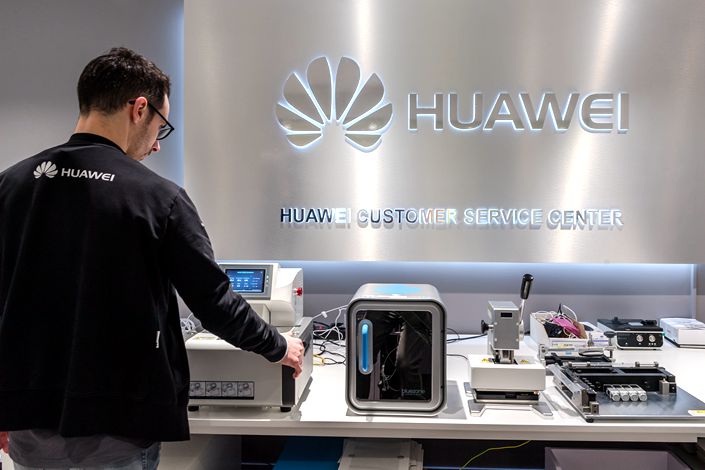 Huawei Technologies Co. Ltd. said it was “disappointed” and could take further legal action after a U.S. federal judge dismissed its lawsuit challenging an act that bans federal agencies and contractors from purchasing the company’s products.

The decision, handed down Tuesday by an East Texas District Court judge, concluded Congress acted within its powers by including the restriction in its National Defense Authorization Act (NDAA). The lawsuit’s rejection marks the latest twist in an ongoing assault on Huawei by Washington, which believes the company’s network equipment poses a national security risk — something Huawei denies.

“While we understand the paramount significance of national security, the approach taken by the U.S. government in the 2019 NDAA provides a false sense of protection while undermining Huawei’s constitutional rights,” a Huawei spokesman said. “We will continue to consider further legal options.”

Huawei filed the lawsuit nearly a year ago, arguing restrictions set out in the 2019 NDAA were unconstitutional. Huawei said the act targeted individual companies, and thus the U.S. government was depriving its citizen of rights as endowed by the U.S. constitution. The 2019 act also targets Huawei’s Chinese rival ZTE Corp.

But the Texas court disagreed with Huawei’s interpretation. In its 57-page ruling, the court said the NDAA only addressed the issue of how the U.S. government allocates its fiscal spending, including the freedom not to buy Huawei products. In this case, the relationship between the U.S. government and Huawei is more like a business one, and the former can decide not to purchase products from Huawei. Also, the law didn’t forbid other companies doing from business with the company, the ruling said.

“Contracting with the federal government is a privilege, not a constitutionally guaranteed right — at least not as far as this court is aware,” the ruling said.

Huawei’s testy relationship with the U.S. dates back to late 2018, when the company’s Chief Financial Officer Meng Wanzhou was arrested in Canada at Washington’s request to face criminal charges in the U.S. Meng remains in Canada while the extradition process plays out.

The administration of U.S. President Donald Trump upped its campaign against Huawei significantly last May when it barred the company from purchasing U.S. technologies, including chips. Huawei has repeatedly dismissed Washington’s allegations that it is an arm of the Chinese government, and that its equipment could be used for spying.

This NDAA lawsuit was just one of several legal actions Huawei has taken in its clash with Washington. In June, Huawei filed a lawsuit over the seizure of a batch of its telecommunications equipment by the U.S. It later withdrew the action after U.S. officials promised to return the equipment.

And in December, Huawei sued the U.S. Federal Communications Commission over a decision that would forbid American wireless carriers from using money received from a government fund to buy Huawei equipment. That case is still pending.