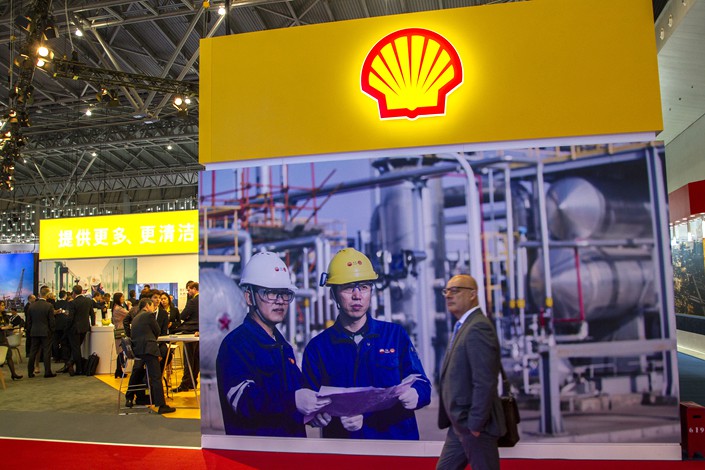 China, the world’s second-largest importer of liquefied natural gas (LNG), drove energy demand off a cliff this year as the outbreak of a devastating new coronavirus hammered the economy and weakened demand.

Executives at British energy giant Royal Dutch Shell PLC were nevertheless upbeat in a press call Thursday as they launched their annual LNG outlook, saying demand could spike later this year as the country gets back on track after weak market conditions this month and next.

Last year saw record growth of the global LNG supply, with most absorbed by Europe as coal-to-gas switching in the power sector continued, the report said. Year-on-year growth in Asian imports slowed in 2019 from highs in the previous two years, but Asia remains a growth region.

“While we see weak market conditions today due to record new supply coming in, two successive mild winters and the Coronavirus situation, we expect equilibrium to return, driven by a combination of continued demand growth and reduction in new supply coming on-stream until the mid-2020s,” said Maarten Wetselaar, the head of Shell’s gas and power divisions.

Looking into the future the company predicted global LNG demand would double to 700 million tons by 2040, while Asia is expected to remain the dominant importer in decades to come, with South and Southeast Asia generating more than half of the increased demand.

But China’s unforeseen viral outbreak has brought significant uncertainty to the energy market, they said. Energy demand had softened significantly in China across the whole range of sources, with much industrial activity shutting down and a creep into sectors such as travel and logistics, Wetselaar told reporters.

“Whatever the impact will turn out to be … this will pass and China will get back to growth and to producing at its full potential. There (will) probably even be a period where the degree of re-stocking will cause a spike in energy demand, but in the meantime, all energy demand will be impacted,” Wetselaar added. “It is a bit early to say how significant that is going to be, but we are seeing examples of LNG demand being lower particularly in February in China at the moment, and probably extending into March.”

Energy-exporting countries’ revenues have also been impacted, he said.

Analysts have cut their estimates for China’s LNG demand this year. Energy sector consultancy Wood Mackenzie said the impact of the novel coronavirus on Chinese gas demand will depend on both its severity and the time required to contain the outbreak. China’s natural gas demand could drop between 6 billion cubic meters and 14 billion cubic meters this year. And gas demand growth could drop 4% to 6% compared with 2019.

The downside impact is estimated to be between 2.6 million tons in a “best case” scenario with recovery by April, and 6.3 million tons in a more “prolonged case” with a slower return to normal. Chinese gas demand dropped by 2 billion cubic meters at the end of the first week in February, with more than half of this loss concentrated in the industrial sector, the energy sector consultancy estimated.

Establishing force majeure is complex in LNG markets, according to Wood Mackenzie. The Chinese government had said it would offer support for the companies, and if major Chinese buyers do succeed in exercising force majeure, the revenue impact on sellers could be significant, the consultancy said.