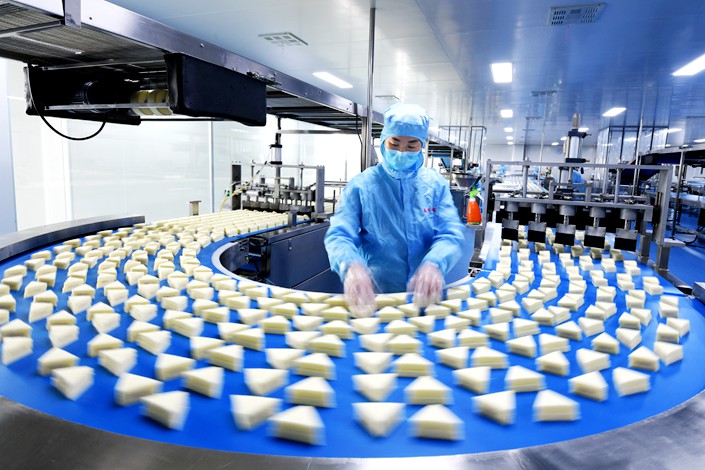 Two of China’s largest power distributors will cut electricity rates for most of their business customers by an average of 5%, in Beijing’s latest move to assist manufacturers struggling under restrictions and other limitations aimed at controlling the Covid-19 outbreak.

The new cuts are effective from Feb. 1 and will run through June 30, according to a notice issue late Saturday by the National Development and Reform Commission (NDRC), China’s state planner. While the policy will apply to most commercial enterprises, regardless of size, it excludes the most power-intensive users.

The move comes as China slowly returns to work following an extended holiday for the Lunar New Year. The holiday, which typically sees millions of people return to their hometowns for traditional family reunions, was originally set to last for a week and end on Jan. 31. But Beijing extended it for several weeks, worried that a massive tide of people traveling back to the cities where they work could help to spread the virus.

As a result of that delay, as well as other restrictions like 14-day quarantines for many workers after their return, many of China’s factories have remained shuttered for several weeks when they would normally be working. And even as they restart, many are only operating at partial capacity.

The NDRC’s latest assistance plan applies to State Grid Corp. of China, the nation’s largest electricity distributor, and China Southern Power Grid, a major provider in the nation’s affluent south. State Grid estimated the 5% reduction would save its customers a total of 36.4 billion yuan ($5.2 billion), while Southern Power said its customers would save 7.4 billion yuan.

State Grid said it wouldn’t pass the cost of the cuts to the companies that supply it with power, nor would it force the cost onto local government funds that are also a major recipient of the fees consumers and businesses pay for electricity. A State Grid source told Caixin the reductions would be shouldered by the company’s own power distribution arms, which currently receive about 30% of all revenue generated from electricity fees. Thus the 5% price cut would amount to a roughly 16.7% reduction in revenue for those distribution companies.

He estimated that revenue loss will create a relatively large burden for the distribution units even if they can control their costs and spending. But other experts said those units might be able to make up some of the losses from a surge in demand once the epidemic has passed.

The announcement comes just weeks after the NDRC unveiled a similar policy earlier this month, this one aimed at providing relief to large industrial enterprises through electricity cost savings. That policy, now extended to the end of June, would save State Grid’s eligible customers another 12.5 billion yuan, and Southern Power’s 3.2 billion yuan, according to their latest statements.

The country has also called on lenders to assist smaller companies whose finances may be stretched by the outbreak, which has also hit retail industries like restaurants and movie theaters hard as many people stay home to avoid infection risks. As part of that move, the central bank has injected more liquidity into the country’s financial system, including a cut last week to the interest rate it charges to banks for 200 billion yuan worth of medium-term loans.