By Du Caicai and Timmy Shen 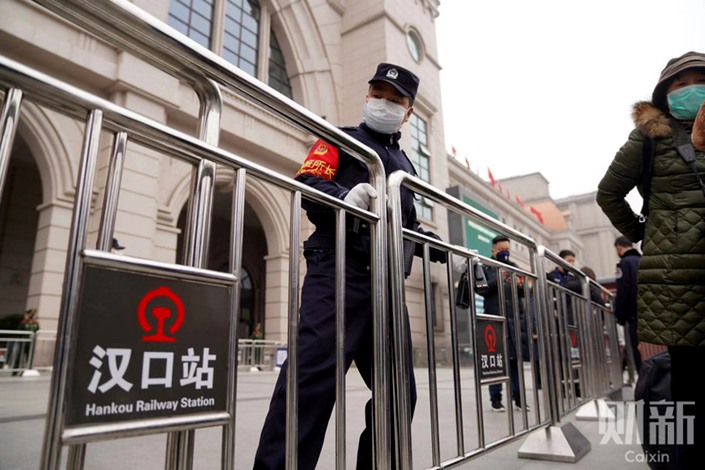 Large numbers of early infections of Covid-19 that went undetected in Wuhan, where the coronavirus pandemic began, could have facilitated the disease’s spread, according to a study published this week.

Scientists estimate that about 86% of people who had the virus were not documented in Wuhan before the city was put under an unprecedented lockdown on Jan. 23, according to the study titled “Substantial undocumented infection facilitates the rapid dissemination of novel coronavirus” which was published Monday in the journal Science.

The findings explain the disease’s rapid geographic spread and indicate that containment will be particularly challenging, the study’s authors said. “These undocumented infections often experience mild, limited or no symptoms and hence go unrecognized, and, depending on their contagiousness and numbers, can expose a far greater portion of the population to the virus than would otherwise occur,” the authors wrote.

The report showed that an estimated 13,118 new infections occurred in Wuhan between Jan. 10 and Jan. 23, a period when China saw massive human movements as people throughout the country returned to their hometowns for the Lunar New Year holiday. On Jan. 23, Wuhan was placed under a lockdown with public transport networks suspended and the city’s 11 million residents told to remain there.

Nationwide, estimated infections in the period leading up to the lockdown totaled 16,829, with a big majority — 86.2% — infected by undocumented cases, the study found. The team of scientists also analyzed a hypothesis scenario where there was no transmission from undocumented cases.

“We find that without transmission from undocumented cases, reported infections during January 10 to 23 are reduced 78.8% across all of China and 66.1% in Wuhan,” the study said.

The team also found that after Jan. 23, “government control efforts and population awareness have reduced the rate of spread of the virus, increased the reporting rate, and lessened the burden on already over-extended healthcare systems.”

However, the study noted that the situation on the ground in China changes day-to-day. New travel restrictions and control measures are being imposed in different cities, and these rapidly varying effects make certain estimation of the epidemiological characteristics for the outbreak difficult, the study said.