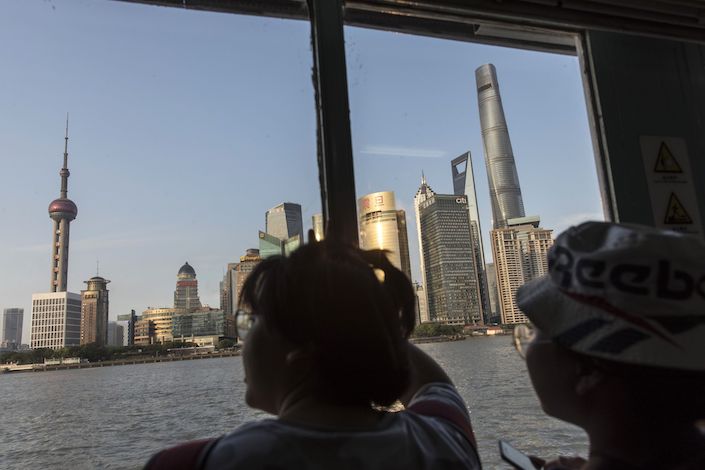 Passengers ride on a ferry crossing the Huangpu River towards Pudong in Shanghai. Photo: Bloomberg

The Covid-19 pandemic is taking a toll on Chinese government coffers, dragging down fiscal revenues in this year’s first two months by the most in 11 years as drastic measures to contain the disease put business activities on hold.

Revenues of China’s central and local governments in January and February totaled 3.5 trillion yuan ($493 billion), down 9.9% from the same period a year ago in the steepest drop since February 2009, data from the Ministry of Finance showed. In February alone, national fiscal income dropped 21.4% from the year earlier, the biggest monthly drop since 1996 when data was first recorded.

Government spending also plunged 2.9% in the first two months as social and economic activities halted, even with a 22.7% surge in outlays for public health.

The catering and accommodation industries were hit the hardest as their tax contributions more than halved in the January-February period from a year ago. Restaurants and hotels have largely shut down nationwide since January to contain the spread of the virus until business gradually started resuming recently.

Tax income from residential services fell 41.6% and from transportation 37.3%.

Chinese authorities are stepping up measures to steer the economy back on track as the outbreak wanes. Local governments are rolling out subsidies and preferential policies to support business recovery and incentives to households to encourage spending.

Governments will face a greater need for bond sales and higher budget deficits to ease tightened fiscal conditions and support the economic recovery. This year’s government budget plan has yet to be released because of the epidemic-driven postponement of the annual legislative meeting.