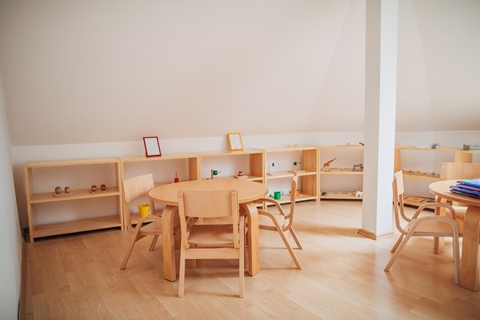 The Longyang campus of Fortune Kindergarten, a renowned brand of school operator Xiehe Education Group, sent a letter to parents Monday asking for assistance in the form of donations equal to one month’s tuition.

The unusual solicitation spotlights the pressures faced by China’s growing number of high-end private schools that rely heavily on tuition to fund their operations. Nearly all are facing unprecedented challenges after being forced to shut for three months during the pandemic, even as they had to continue paying costs like rent and salaries.

Such pressures are also taking a similar toll on pricey private international schools, which are facing refund requests from parents unsatisfied with online alternatives rolled out by many during the pandemic.

The unusual move by Fortune Kindergarten’s Longyang campus sparked controversy among some parents, prompting the school to release two more statements explaining the call for donations was suggested by some parents themselves and was not mandatory. It also said it wouldn't accept any donations before school reopens.

At the same time, the school also highlighted the difficult situation it faces.

“Due to the large number of foreign teachers and high personnel costs, Fortune Kindergarten has basically exhausted its aid funds,” it said in its original bilingual letter in English and Chinese. “In the absence of tuition income, the end of April marks the kindergarten’s limits. Fortune Kindergarten is facing an unprecedented survival crisis.”

Famous for its elite international-style education, the 27-year-old Xiehe Education Group has admitted more than 20,000 students – nearly a fifth of them foreigners from 40 countries – to its kindergartens, elementary schools, and secondary schools. Around 500 of its more than 3,000 employees are foreign teachers, according to the company’s website.

In its original letter, the Longyang campus pointed out that it continued to face high rent and payroll expenses during the pandemic for more than three months, even as no tuition was coming in.

An assistant principal, speaking on condition of anonymity, told Caixin the kindergarten paid full salaries for all its employees in February even though they weren’t working. It could only pay basic salaries starting from March.

She did not disclose how much funding the kindergarten currently needs to stay afloat, but added the school did receive some relief from local education officials and Xiehe.

“The government has launched rescue measures such as halving social security costs and reducing rent to help private kindergartens overcome difficulties,” the kindergarten’s original Monday letter said. The local government also gave subsidies in late April, earlier than the usual time frame. Its parent provided some money in February and March as well.

Popular among affluent Shanghai parents, the Longyang campus charged relatively high tuition of 8,800 yuan ($1,246) to 11,800 yuan per month for non-resident students last year, an employee told Caixin. The Longyang campus currently has 358 students, while Fortune Kindergarten has 15 campuses in and around Shanghai, its website shows.

One industry insider told Caixin elite preschools like Fortune may face bigger problems than average schools because government relief measures were prioritized for the latter group.