Opinion: How Much More Stimulus Can We Expect? 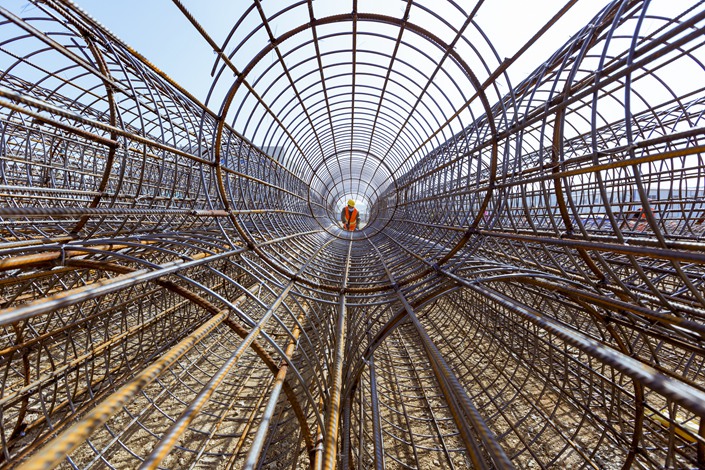 China responded quickly in early February with liquidity injections, policy rate cuts, and fiscal support worth 1.4% of GDP, mainly in corporate tax and fee cuts. Additional responses have lagged behind other major economies in light of global developments, partly due to the delay of the National People’s Congress meeting. Recent Politburo meetings signaled more stimulus and we expect another 2.2% of GDP in public spending this year, mostly in infrastructure while subsidies to unemployed and low income people may rise somewhat.

Changing environment and policy trade-offs necessitate bigger policy support. Key reasons why China's policy stimulus has been relatively modest may be that the government did not expect the pandemic to have such a large impact both on China and the global economy; China has been burnt by negative side effects of the massive GFC stimulus, including higher excess capacity and bad debt; and policy space is now more limited given the over 120 percentage point increase in total leverage since 2008, along with the rise in local government debt and concerns about high property prices.

However, normalization of economic activity seems to have been slower than expected, the global economy has entered into a deep recession, and the virus may take much longer to come under control globally. All of the above would hamper China's recovery in the coming quarters. As such, we expect the Chinese government to increase policy stimulus significantly to help achieve economic and social stability, including additional monetary easing and a bigger fiscal stimulus, the latter especially in terms of more infrastructure spending.

We expect additional fiscal spending greater than 2.2% of GDP, resulting in overall fiscal support worth 4% of GDP in 2020. The government has called for stepping up infrastructure investment in recent months, supporting it with front-loading of special local government bonds. We foresee additional infrastructure related spending to exceed 1.8 trillion yuan in 2020. In addition, we expect the government to offer more support for corporations (interest subsidies and loan guarantees), additional subsidies and allowances to unemployed workers and the low-income population (less than 100 billion yuan), and limited consumption subsidies (100 billion to 200 billion yuan), totaling 0.4-0.5% of GDP.

These measures will be in addition to the 1.4% of GDP in fiscal support already announced, and the 0.4% of GDP in tax & fee cuts carried over from 2019. Therefore, we estimate total fiscal stimulus of about 4% of GDP in 2020.

In particular, the rise in infrastructure spending will be mainly carried out by corporations and LGFVs, financed by a combination of limited on-budget spending, special local government and treasury bonds, LGFV financing and bank lending. These and the deployment of unused fiscal funds from various public sectors should help to limit the expansion of headline budget deficit.

"New infrastructure" is set to receive a push, but traditional infrastructure should too. With the additional spending, we foresee infrastructure investment to accelerate from 3% in 2019 and -16% year-on-year in Q1 to over 10% in 2020. There has been much talk about so-called "new infrastructure" projects, which will likely receive a big push, including 5G, ultra-high voltage power grids, new energy vehicle charging piles, data centers, AI, industrial internet, and more.

However, we estimate they only amount to about 5% (or 800 billion to 900 billion yuan) of overall annual infrastructure, and some of them are part of manufacturing investment. Therefore, the "old" infrastructure projects (e.g. road and railways, urban public facilities, environmental protection, and water projects) will need to be supported as well.

We anticipate a more moderate fiscal stimulus compared to 2008-09 and compared to other major economies. With an expected fiscal stimulus of 4% GDP and augmented fiscal deficit expansion of 5.2% of GDP (including 1.2% revenue loss), our forecast of China's fiscal expansion this year exceeds that of 2016 but falls far below that of 2008-09. During the GFC, China's eventual fiscal support, including mostly quasi-fiscal spending on infrastructure, was almost 10% of GDP. It will also likely remain smaller than the current stimulus plans in many major economies.

One important difference in China's fiscal support is the very limited direct income support to households through wage subsidies or subsidies for the poor. This may be due in part to the fact that official unemployment data misses a large part of the migrant and rural population, who have arguably been hit the hardest by the virus outbreak, in our view.

We foresee additional monetary easing, mainly via credit support. In order to lighten corporate burdens and support growth, we expect the central bank to cut reserve requirement ratios by another 50 basis points (or equivalent) and lower policy rates (including repo and medium-term lending facility rates) by another 10-20 basis points, with the loan prime rate lowered too. The central bank may also cut benchmark deposit rates by no more than 25 basis points in the second quarter after the consumer price index falls notably. These measures, together with moral suasion for banks to increase lending and less tight controls on the credit market, should help overall total social financing credit growth to accelerate further to 12.5% year-on-year in H2 2020, resulting in a 4.3 percentage point rebound in credit impulse from the end of 2019. As bond issuance increases, we expect the People’s Bank of China to ensure abundant liquidity and keep market rates and bond yields low, if not pushing them lower. Lower rates should help lower debt service burdens but have only a limited effect on stimulating corporate spending given weak profits and outlooks, though lower rates should help boost mortgage demand.