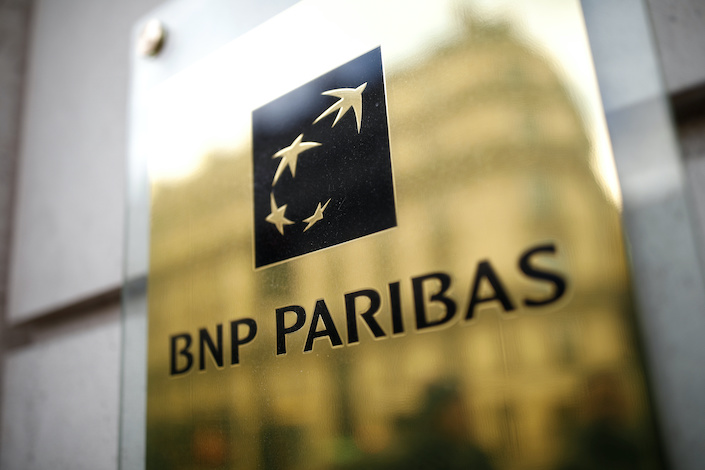 Three senior executives of BNP Paribas (China) Ltd., a wholly owned subsidiary of the Paris-based bank, were also levied fines ranging from 45,000 yuan to 60,000 yuan for responsibility in the violations, including Chief Executive Officer Lai Changgeng and Chief Operating Officer and Deputy CEO David Goyon, according to a statement issued Wednesday by the Shanghai branch of the People’s Bank of China (PBOC).

The PBOC issued nearly four times more fines in the first quarter of 2020 than over the same period last year, according to a report by a Shanghai-based consultancy. The PBOC penalized 93 institutions and their staff a total of 183 million yuan for violations of money laundering regulations in the January-to-March period.

Until recently, many rule breakers would have to pay only a few hundred thousand yuan for money laundering violations, a practice derided by critics who said the penalties were not serious enough to act as an effective deterrent. Last year, regulators signaled an end to that practice, beginning an era of drastically higher penalties, a senior bank compliance insider told Caixin.

Under Chinese law, violating rules against money laundering carries a maximum one-time fine of 5 million yuan for a financial institution.

Yin Xingshan, president of the PBOC’s Hangzhou branch and a member of the CPPCC, said at the meeting that financial legislation lags behind regulatory needs. Yang Xiaoping, former president of the PBOC’s Kunming branch, suggested that the relevant provisions of the Anti-Money Laundering Law and Criminal Law should revised as soon as possible and relevant supporting laws and regulations should be established to expand the scope and intensity of anti-money laundering penalties.