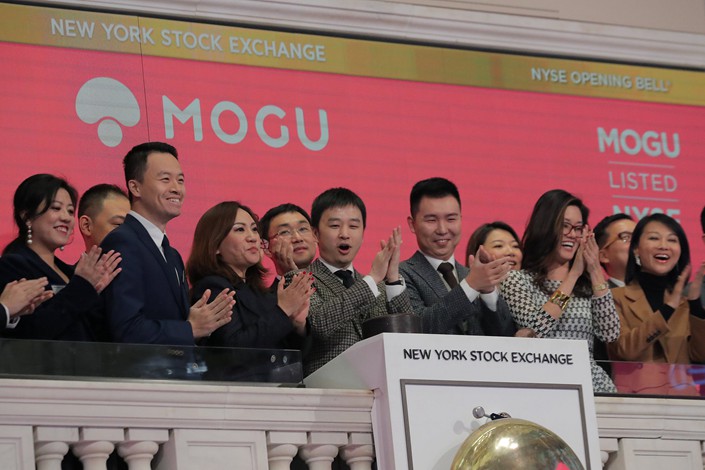 Despite a steep revenue drop in the first quarter of 2020, Chinese fashion e-commerce platform Mogu saw robust growth in sales linked to live video broadcasts as the country’s brick-and-mortar stores were closed during the Covid-19 lockdown.

In its latest earnings report released Friday, New York-listed Mogu said that about 65% of its total first-quarter gross merchandise value came from livestreaming-related sales, which grew 54.1% year-on-year to 1.58 billion yuan ($223.2 million). While livestreaming-related sales increased, the total gross merchandise value of sales for the period was 2.42 billion yuan, representing a year-on-year decrease of 33.8%.

As of the end of March, the number of active buyers of goods sold through livestreaming increased to 3.6 million, Mogu said.

Mogu bet big on livestreaming more than a year ago, when the company kicked off a reorganization plan, a key part of which was to scrap some businesses unrelated to its core livestreaming e-commerce business.

Mogu also announced plans to recruit more livestreaming hosts with a promise to provide them with more incentives, a move that has triggered some analysts’ concerns over a potential increase in operating cost.

In the quarter through March 31, Mogu’s total revenue declined 45.3% year-on-year to 119 million yuan, while its net loss was roughly unchanged at 142 million yuan versus 140.8 million yuan a year ago, according to the earnings report. It attributed the weak results mainly to the coronavirus outbreak, which led to disruptions to apparel supply chains, merchant operations and logistics.