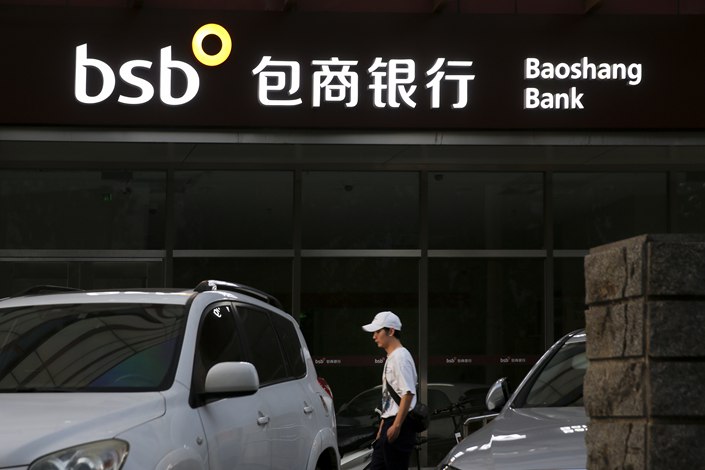 In May of last year, Baoshang made headlines when it was taken over by regulators due to “severe credit risk.” The takeover has revealed endemic corruption surrounding the lender.

A retired former local banking regulator in the Inner Mongolia autonomous region has been placed under investigation on suspicion of corruption in connection with Baoshang Bank Co. Ltd., a struggling lender taken over by regulators in May last year, Caixin has learned.

Anti-graft watchdogs said in a Thursday statement (link in Chinese) that Xue Jining, who served as head of the Inner Mongolia branch of the now-defunct China Banking Regulatory Commission (CBRC) from 2007 to 2014 before retiring in 2015, is suspected of “serious violations of (Communist Party) discipline and law” — a euphemism for corruption.

Xue isn’t the only one who’s in trouble for involvement in the Baoshang scandal. Liu Jinming and Jia Qizhen, both former officials at the Inner Mongolia branch of the China Banking and Insurance Regulatory Commission (CBIRC) — a combination of the CBRC and the country’s former top insurance regulator — were put under investigation by graft busters last year. In April, Liu was expelled from the party and removed from his position.

Caixin has learned from sources close to the matter that Chai Baoyu, another former CBIRC official from the same branch, and Yu Lan, a former head of the CBRC’s Baotou city branch in Inner Mongolia, are also under graft investigations. All four, the sources told Caixin, are being investigated for suspicion of involvement in corruption with Baoshang.

In May of last year, Baoshang made headlines when it was taken over by regulators due to “severe credit risk.” The takeover has revealed endemic corruption surrounding the lender.

The original timeline for completion of the takeover was set for May 24, but has been extended by six months to Nov. 23, authorities said (link in Chinese) last month, due to disruptions caused by the coronavirus outbreak.