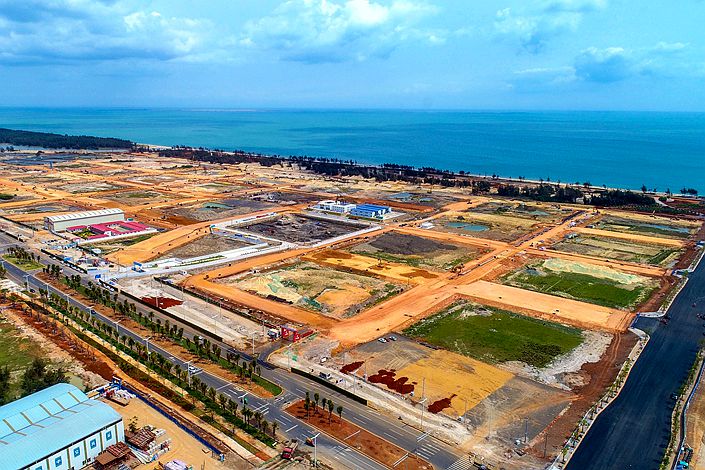 Chinese officials have laid out more details of the master plan to develop the southern island province of Hainan into a world-class free trade port (FTP), saying Hainan will formulate China’s first “negative list” for trade in services by the end of this year.

Wang Shouwen, a vice minister of commerce and deputy China international trade representative, said at a Monday press briefing (link in Chinese) that China will work to create a negative list for cross-border trade in services within this year. The list will specify the areas in which overseas investors are restricted from entering, mostly likely those related to cross-border deliveries, overseas consumption and the movement of personnel. “Businesses of services trade under the three modes that aren’t mentioned in the list will be free to enter,” he said.

This will be the first such list in services trade, and will become a highlight of Hainan FTP’s institutional innovation, Wang said.

The move came after China unveiled a plan last week to transform the region into the “frontline” of the country’s integration into the global economic system, including market-opening measures, tax breaks and softer regulations that aim to make foreign trade and investment easier, boost the island’s position as a transport and logistics hub, and attract a range of industries such as financial services, technology, education and medical tourism, as well as shipping and logistics.

Zou Jiayi, a vice minister of finance, said at the Monday briefing that the island will introduce measures centering around “zero tariffs.”

Hainan’s stringent control over the local property market has also come under the spotlight. Liu Cigui, the province’s party chief, said at the briefing that Hainan is not “a processing plant for property projects” and that the government will continue to strictly control the industry’s development there.

Over the past few years, the Hainan government has rolled out a series of restrictions on housing purchases. For example, in March 2018, it unveiled a policy stipulating that families without Hainan residency can only buy a single home on the island. The next month, it required people without local residency to pay social insurance or personal income tax in the province for five years in total before it would allow them to buy a home in the cities of Haikou, Sanya and Qionghai.

President Xi Jinping first announced the Communist Party’s decision to transform Hainan into an FTP in April 2018. In October 2018, a pilot free trade zone was established as the first step in the process of building an FTP system by 2025. In August 2019 the government expanded the pilot to other underdeveloped provinces to bolster local economies and beef up trade ties with neighboring countries.