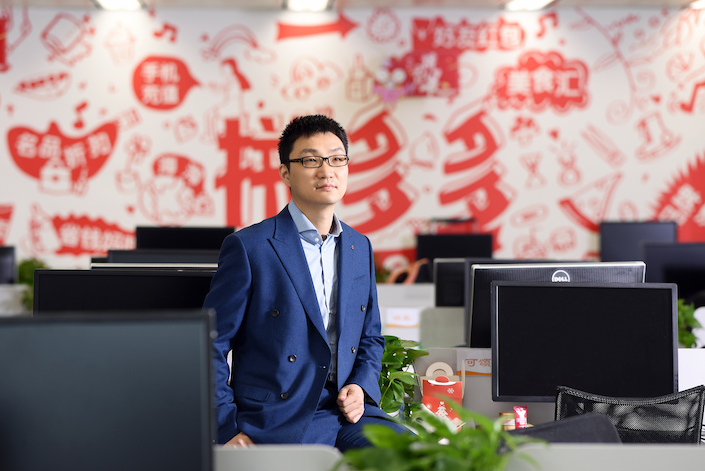 “The management changes will place us on an even stronger footing to strive for the next level,” Huang said in the statement. “Chen Lei has been instrumental to Pinduoduo’s growth since inception. With him taking on the role of CEO, I have every confidence that Pinduoduo will be able to take on more responsibility to create value for society.”

Chen is a founding member of Pinduoduo and has served as technology chief since 2016. He specializes in data science and was educated at Tsinghua University and the University of Wisconsin-Madison.

Stepping back from day-to-day management, Huang will focus on longer-term strategy, the company said.

According to a Wednesday regulatory filing, Huang’s personal holding in Pinduoduo were reduced from 43.3% to 29.4%, a decline worth roughly $14 billion based on Pinduoduo’s share price. Before the reduction, Huang ranked as the second-richest person in China with a net worth of $45.4 billion, behind only Tencent founder and CEO Pony Ma, according to Forbes magazine’s Real-Time Billionaires Rankings.

Despite the change in his holdings, Huang retains strong control over the company with 80.7% voting power, down from 88.4%.

In a letter to employees, Huang said he and the company’s founding team donated 113.5 million shares to the Starry Night charitable trust, representing 2.37% of Pinduoduo’s total shares. The move fulfills a pledge made at the time of Pinduoduo’s initial public offering in 2018 in New York for charity contributions to promote social responsibility and scientific research, Huang said. Starry Night is an irrevocable charitable foundation and will be managed by independent trustees, Huang said in the letter.

An additional 371 million of Huang’s shares, or 7.74%, were transferred to the Pinduoduo Partnership to support long-term scientific research and incentivize future management. Pinduoduo set up the partnership committee in July 2018 with Huang and Chen as the only initial members. The committee has the right to nominate board members and the management team.

Pure Treasure, which is controlled by Huang, also transferred 180.4 million, or 3.77%, of Pinduoduo shares, to the minority shareholder, who is an angel investor. The company didn’t disclose details about the investor.

Founded by Huang in 2015, Pinduoduo has grown at lightning speed and become a frontrunner in China’s trillion-dollar online retail market. With a group-buying model that is attractive to price-sensitive shoppers, Pinduoduo now has more than 600 million active buyers. In May, the company overtook rival JD.com to become China’s second-most valuable online retailer behind Alibaba Group. The company now boasts a market capitalization of more than $102 billion.

However, the company is far from profitable, reporting a net loss of 4 billion yuan ($581.8 million) in the first quarter of 2020.

Correction: The story is updated to clarify the share transfer by Pure Treasure