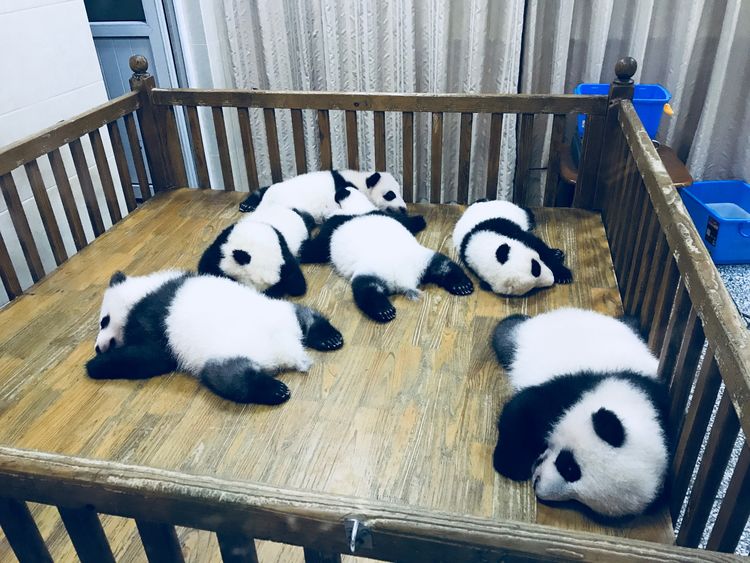 The Chengdu Research Base of Giant Panda Breeding in Sichuan province sparked an uproar on Tuesday following news of the death of two giant panda cubs. According to a press release, the two cubs died of multiple organ failure on May 11 and May 20 respectively. Outraged panda lovers have accused keepers of withholding the news from the public and prioritizing commercial gain over proper care of the pandas.

Due to a serious allergic reaction to an unknown source, twin panda cubs Shunshun and Liuliu died at barely 7 months old. The severity of the allergies was a first in the history of breeding pandas in captivity and researchers are working hard to unravel the cause of death, the research base said.

As heartbroken netizens mourned the death of the two cubs, they demanded an explanation for the long-delayed announcement. The base runs livestream video service iPanda that delivers real-time footage of pandas to viewers around the world. In April, panda lovers had noticed via the livestream that certain cubs seemed ill, and some later disappeared from public sight altogether, including the two cubs that died. They said they repeatedly phoned the base to seek updates, but received mostly vague answers.

Panda fans argue that this is not the first time the base has acted in a less-than-transparent way. The base was silent about giant panda Xingqing’s death for three months before finally revealing it in March, all while using its photos to promote tourism during that period. Accused of prioritizing profit over the welfare of the pandas in its care, the base has been banned by Sichuan officials since 2015 from permitting tourists to have close contact with pandas over concerns about transmitting disease. But it is said that tourists can still discreetly pay around 2,000 yuan to pet a panda, and photos of celebrities hugging pandas continue to appear on social media.

Furious netizens have condemned the base for failing to reply to concerns on social media. “The base repeatedly made excuses before they finally disclosed the cubs’ deaths,” one user wrote. “If it weren’t for the dedicated panda fans who pressured the base to respond, the pandas would have passed away without people noticing.”

Other users have raised concerns over possible negligence and lack of regulations at panda breeding bases. At the China Conservation and Research Center for Giant Pandas, a baby panda suffocated to death in April after dangling off a wooden rack for seven hours. Horrified panda lovers observed the accident on a livestreamed video before keepers discovered the cub. “If we call pandas our national treasure, we should give them the treatment they deserve,” one user wrote.