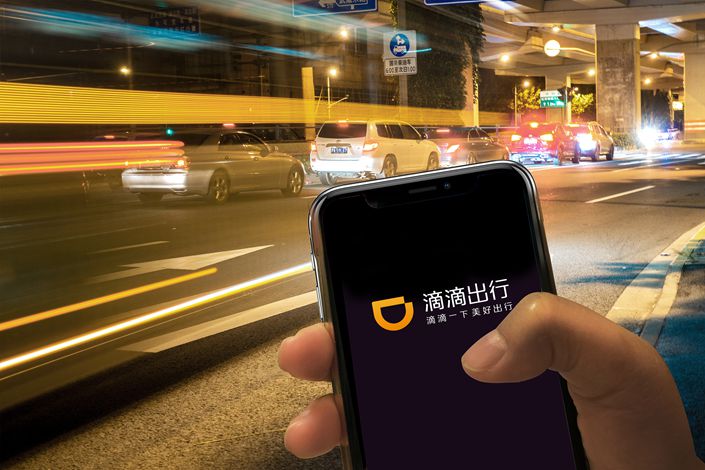 Since emerging from the safety crisis of 2018, Didi has more recently had to deal with a sharp slowdown due to the coronavirus pandemic.

Ride-sharing specialist Didi Chuxing is preparing to make a listing in Hong Kong, a source close to its top executives told Caixin, as the 8-year-old company often called the Uber of China comes under pressure from investors looking to cash out.

The latest signal marks a major development for the company, whose insiders close to CEO Cheng Wei repeatedly told Caixin in the past that there was no rush toward such a listing. Those sources told Caixin the company still has plenty of cash, with such assets now more than 50 billion yuan ($7.2 billion).

Instead, the source who disclosed the plan said the movement is being driven by some of the company’s nearly 100 investors, which include Japan’s SoftBank that poured more than $10 billion into Didi between 2015 and 2018 and is current its largest investor. The company’s other major investors include global tech giant Apple, which in 2016 announced its own $1 billion investment.

The source emphasized the IPO process is still in the planning phases, adding that previous rumors that Didi was preparing to merge with Hong Kong-listed online-to-offline (O2O) services giant Meituan Dianping were “unreliable.”

Like its global rival Uber Inc., Didi has come under growing pressure from investors after years of devouring cash without turning any profits. The company fought a bloody war in China with Uber, before the pair merged their Chinese mainland operations in a landmark deal in 2016 that gave Uber a 15.4% stake in the merged company. Since then Didi has been the dominant player in China, and has also expanded to a number of overseas markets including Japan, Mexico and Australia.

Also like Uber, Didi has come under scrutiny in China regarding the safety of its drivers, and safety remains one of the company’s biggest reputational and regulatory risks. In 2018 two female passengers using the company’s low-end Hitch service were murdered by drivers in separate incidents just months apart, forcing Didi to suspend the service and do a major safety overhaul. Didi finally relaunched the service late last year after taking numerous steps that it said would improve passenger safety.

Through all that, Didi’s own valuation has traveled down a bumpy road. The company, which has raised more than $30 billion since its founding in 2012, reached a peak in December 2017 when it was valued at about $56 billion after one of its last major funding rounds.

But information released by Uber in April last year in the run-up to the U.S. company’s own IPO gave Didi a valuation of about $51.6 billion, or about 10% less than at its height. Another transaction involving shares in the company a year ago lowered the valuation further still to $47.5 billion. By comparison, Uber has a current market value of $58 billion.

Since emerging from the safety crisis of 2018, Didi has more recently had to deal with a sharp slowdown due to the coronavirus pandemic that began in China and bought much of its business to a standstill starting around the end of January. During a May interview with CNBC, President Jean Liu said the company had taken a blow during the crisis, but added that business was back and was at 60% to 70% of its pre-pandemic levels by May. She added that the company’s core business had already begun to be profitable at that time.

Didi has also been rolling out a steady stream of new services to diversify its business this year. In March it launched an “errand running” business that has now been extended to 21 cities. It launched a goods delivery service in June, and also operates a shared bike service.