Opinion: How to Prevent China-U.S. Relations From Going Into Free-Fall 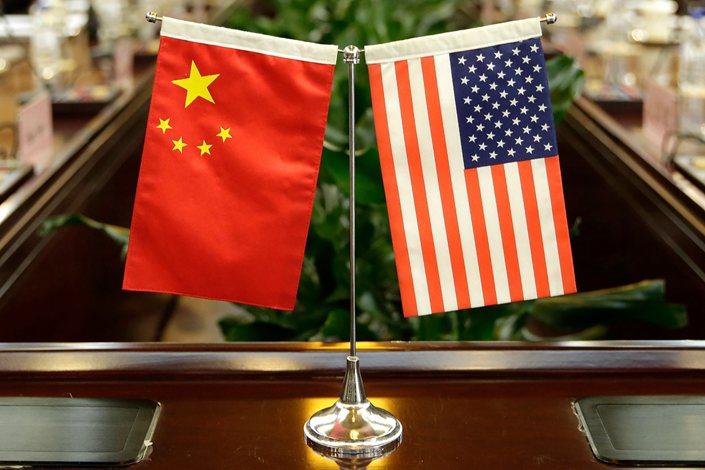 The two sides must find creative ways to reengage and should not let this century’s most consequential major power relationship degrade into free-fall.

Lu Zhenhua is a senior editor at Caixin Global.

In the first 40 years after the China and the United States committed to each other in 1979, the two countries have dealt with multiple diplomatic crises — including the Taiwan Strait Crisis in 1995 and the U.S. bombing of the Chinese embassy in Belgrade in 1999 — but never before has either one taken unilateral action to close the other’s embassy or consulate. That would be a clear sign that the relationship is in a downward spiral, or even an ominous prelude to a break-up. Unfortunately, history is at a turning point, and has created a precedent for such closure in 2020, just as the relationship enters its 41th year.

The U.S.’ abrupt closure of China’s consulate in Houston may not have been foreseen by Beijing. Chinese foreign ministry spokesperson Wang Wenbin said Wednesday that the U.S. demanded Tuesday that the consulate close by Friday — within 72 hours. On Tuesday evening, a fire was reported inside the consulate, apparently caused by people burning classified documents in the courtyard. The Houston consulate was China’s first consulate-general in the U.S., established in November 1979, right after the establishment of the Chinese embassy in Washington that March.

For Washington, the timing of the closure seems well-calculated. On Tuesday, when the Chinese side was ordered to close the consulate, U.S. Secretary of State Mike Pompeo was on a trip to London, where he praised the U.K. for being tough on China in last week’s decision to bar Chinese telecom giant Huawei from the country’s 5G market ― an apparent effort to form an alliance against China.

On the same day, the U.S. Department of Justice charged two Chinese nationals with theft of intellectual property and private information by hacking into high-tech companies and individuals in more than a dozen countries, including the U.S. and U.K. A similar allegation also appeared in the State Department spokesperson Morgan Ortagus’ Wednesday statement on the decision to close the Houston consulate: “Protect American intellectual property and Americans’ private information.”

Also on Wednesday evening in Taipei, shortly after Ortagus’ statement about the closure, Hsiao Bi-khim, Taiwan’s newly appointed representative to America, boarded a U.S.-bound red-eye flight to start her “success-is-the-only-option” journey in Washington. In response to media questions about Beijing’s so-called “wolf-warrior” diplomacy, Hsiao said before boarding that she can be a “cat warrior” — “flexible, persistent and practical.” Under the Trump administration, Washington has been increasingly supportive of Taiwan. Thus in the same week that Taiwan’s new representative lands in the U.S., Washington orders the closure of a Chinese consulate in Texas ― coincidence?

From the White House to Congress, from the State Department to the Pentagon, the Trump administration’s “whole-of-government” approach on China is running on all cylinders regarding China’s core-interests: Hong Kong, Taiwan, Xinjiang, the South China Sea, as well as Chinese scholars, students and media organizations in U.S. It seems unstoppable.

But where there is a problem, there is usually a solution. The two sides must find creative ways to reengage and should not let this century’s most consequential major power relationship degrade into free-fall, with no turning back.

For the Chinese side, if Washington loses interest in engaging through established dialogue mechanisms, then Beijing should creatively lure Washington’s attention and actively engage in results-oriented talks through fresh channels and occasions.

It was a good start last week that in a press conference, foreign ministry spokeswoman Hua Chunying invited Pompeo to visit Xinjiang. She said: “If Mr. Pompeo has the sincerity, he is welcome to visit Xinjiang, talk with the people living there and also get a grasp on how people in Xinjiang feel about him.”

In a speech earlier this month, Chinese Foreign Minister Wang Yi also expressed urgency in resuming dialogue with the U.S. “as soon as possible” to review of red lines that “the two countries have little chance to agree on in the near future.” The world will be assured if the two sides could begin to talk again after the uneventful Hawaii meeting last month.

For the U.S. side, it will also be wise to slow down a bit and check to see if it still has its crisis management toolbox. Given the substantial degree of existing interdependency between the two nations and the profound weight of the world’s two largest economies, any out-of-control escalation — such as further cuts to diplomatic links — could push the relationship into a free-fall and cause unbearable pain to the world, particularly the Indo-Pacific region. A small military incident in the South China Sea could quickly develop into a regional one. Thus it was also a good gesture that U.S. Defense Secretary Mark Esper was reportedly going to visit China within the year. Maintaining mature and effective communications between the two militaries is indispensable in stabilizing this 41-year-old relationship.