Cinemas Will Run Out of Films in Coming Months, Industry Leader Says 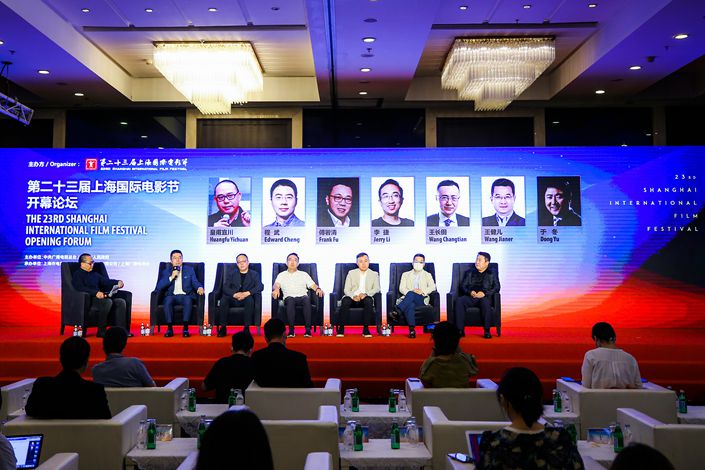 China’s film industry has been one of the sectors hardest-hit by the coronavirus, with most cinemas being closed for almost half a year.

Though China’s cinemas have started to reopen, the impact of Covid-19 on film production means there are few new flicks to lure in still-wary cinemagoers, according to the founder of a major Chinese movie company.

Production has virtually ground to a halt due to the pandemic, said Yu Dong of Bona Film Group Ltd. at the opening of the 23rd Shanghai International Film Festival on Saturday.

Without any new movies in the production pipeline, the company will run out of films to show in its cinemas by March of next year, he told the annual festival, which was delayed this year due to the pandemic.

China’s film industry has been one of the sectors hardest-hit by the coronavirus, with most cinemas being closed for almost half a year. The combination of nearly zero revenue and continued rental costs has put many companies close to the brink of bankruptcy. Cinema conglomerate Wanda Film Holding is expecting a net loss of nearly 1.5 billion yuan ($213 million) this year.

Bona was particularly hard hit, as it is both a film producer and the operator of 41 cinemas in China.

The man behind theater operations at the company, Vice President Huang Wei, died in June after falling off a building. Bona said Huang suffered from insomnia and depression due to health issues. A police investigation ruled out foul play, the company said.

The State Film Administration recently allowed movie theaters in low-risk areas to reopen with a few precautionary caveats, such as a 30% audience capacity cap and a ban on eating and drinking. There are only two cities in China that currently have medium or high risk areas, Urumqi in the northwest and Dalian in the northeast.

Yet the world’s largest movie market did not seem eager to get back to the silver screen. The first day of reopening saw 3.28 million yuan of revenue generated from the sale of 130,000 tickets, a mere 1.7% of the average daily revenue last July, according to movie ticketing app Maoyan.

“Bloodshot,” produced by Sony Corp. in partnership with Bona, made its theatrical debut on Friday. The Bona-produced $90 million action-drama “The Rescue” still doesn’t have a release date after being pulled just before the Lunar New Year in January, usually the peak time for China’s movie industry.

Even before the Covid-19 outbreak, China’s cinema sector had been suffering for several years due to overbuilding.

“Regardless of the current period, China’s film industry is in urgent need of more flexibility in the cooperation between upstream and downstream film makers. Cinemas and film producers should be partners in revitalising the country’s box office,” Yu said.

Bona made headlines in 2010 when it became China’s first film producer to list in the U.S. Two years later it further bolstered its reputation by attracting Rupert Murdoch’s News Corp. as an investor. But after six years as a listed company, it privatized in 2016 amid a broader wave of similar actions by Chinese firms that felt their shares were undervalued.

The company attempted to relist in China in 2017 and submitted a prospectus to China’s securities regulator that year. But the regulator replied with a list of follow-up questions, mostly related to Bona’s finances, and in March last year it officially terminated the listing plan.

The Shanghai International Film Festival runs through Aug. 2, and will screen 320 films at 29 cinemas across the city.