Trending in China: Choosing a College Major - For Love or Money? 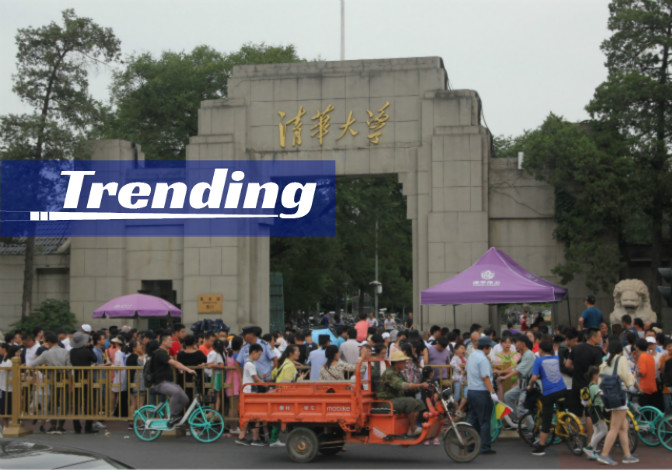 Following this year’s college entrance exam, or “gaokao,” netizens are once again eager to give advice on choosing a major. Zhong Fangrong, a girl from an ordinary village, scored 676 out of 750 in the exam, taking fourth place in the province. However, her decision to study archaeology at Peking University, one of the top universities in the country, was met by discouraging voices as people mocked her for not choosing a more lucrative major.

Described as a “left-behind girl” by Chinese media, Zhong was mostly raised by her grandparents while her parents worked in Guangzhou to make a living. Despite receiving little educational resources and care from her parents, she ranked fourth out of 194,000 test-takers in the college entrance exam in the province.

Zhong told the media that she signed up for the archaeology major at Peking University to pursue her longstanding passion for history and cultural artifacts. She said her decision was influenced by Fan Jinshi, who is hailed as the “daughter of Dunhuang” for her dedication to preserving and studying the city’s Mogao caves. While many netizens admired Zhong’s courage to follow her dream, others teased her for being too idealistic and wasting an opportunity to climb higher on the social ladder.

Social science and humanities students consistently face stigma and lower earnings in China, whose job market favors scholars in science and finance. Zhong says she will be happy to work in schools or museums, with her parents fully supporting her decision. Meanwhile, numerous museums and scholars, including Zhong’s role model Fan Jinshi, have written words of encouragement on Weibo and sent her books, souvenirs, and archaeology-related supplies.

Fierce discussion on Weibo centered on the trade-off between earnings and personal interest, as this year’s high school graduates around the country nervously choose a path for their future. One user wrote, “We need to be realistic: making a living is more important than pursuing dreams. Moreover, China needs more scientists, engineers, and doctors. Teenagers at this age, especially those from rural areas, are ignorant about how society works.”

In response, many people point out that making a living is not hard given Peking University’s reputation. “The country’s desire for economic growth is important, but we should also respect individuals. We shouldn’t underestimate the merits of the humanities or blindly follow collectivism,” a person wrote. The majority of netizens voiced their support for Zhong, with many saying they regret not pursuing their passions due to concerns over money.