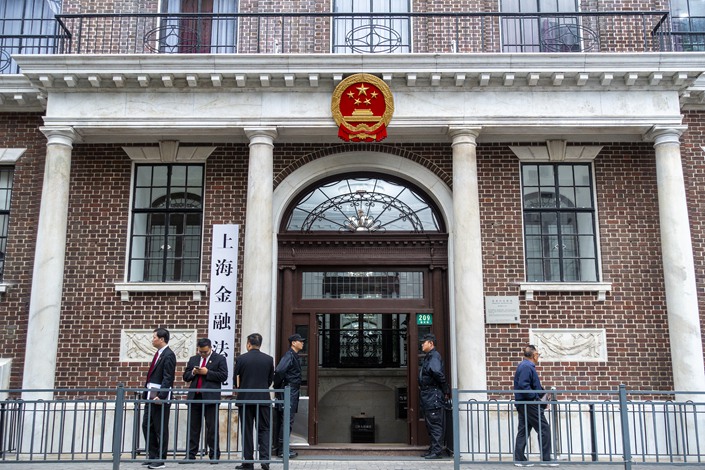 China’s highest court has issued guidance on how criminal activity related to the new registration-based IPO regimen on Shenzhen’s ChiNext board should be dealt with by the legal system, aiming to ensure consistent and unified rulings and decisions (link in Chinese) across the judiciary.

The measures were released by the Supreme People’s Court (SPC) on Tuesday (link in Chinese), less than a week before the first batch of companies listing under the new system are set to make their debut on the Nasdaq-style exchange for innovative and fast-growing enterprises. The SPC said it was committed to fully implementing the government’s “zero tolerance” for criminal conduct in the country’s capital markets and that courts had been instructed to ensure severe punishment for securities-related crimes.

The SPC’s guidance follows similar instructions issued last year for the STAR Market, another Nasdaq-style tech-heavy board launched in June 2019 that pioneered the IPO registration-based system now being rolled out on the ChiNext.

China has been gradually overhauling its capital markets and the regulatory frameworks that govern them as it opens the financial sector to overseas institutions and responds to demands by both domestic and foreign investors for more market-based mechanisms, and a more systematic approach to combating fraud and punishing companies and advisers that commit financial crime.

The new Securities Law, which took effect on March 1, illustrates the state’s determination to crack down on fraud. It allows investors to initiate class-action lawsuits against companies under certain conditions and increases fines for corporate malfeasance.

A draft amendment of the Criminal Law released in July also proposes increasing prison sentences for individuals convicted of financial fraud in stock and bond issuance, violating rules on information disclosure that result in losses for investors, and illegally obtaining funding from the public.

The new registration-based IPO mechanism is one of several changes being implemented as part of the overhaul of the stock and bond markets.

The ChiNext board adopted the registration-based IPO mechanism in June, replacing the approval-based system that’s been in place since the board was set up. The old regimen was criticized for being lengthy, unpredictable and prone to corruption because of the power it gave officials working for the China Securities Regulatory Commission to approve or reject applications. The overhaul is being carried out following a successful trial on the STAR Market with the aim of boosting the market’s appeal to technology companies and to encourage them to list at home rather than abroad.

The new system, which is similar to the procedure used in developed economies, gives markets a far greater role in deciding on the pricing and timing of IPOs but also puts greater responsibility on companies and their advisers to ensure accurate and compliant information disclosure. The Shenzhen Stock Exchange has received applications from at least 364 companies for listing or financing on the ChiNext board under the new registration-based system, according to data (link in Chinese) from its website.

The SPC has designated the Shenzhen Intermediate People’s Court as the court of first instance to accept and handle civil and commercial lawsuits against ChiNext-listed companies. This arrangement is similar to the STAR Market, where cases are to be accepted by the Shanghai Financial Court, an intermediate court set up in August 2018 as the country’s first court to offer specialised handling of finance related cases.

The ChiNext guidance draws on the class action lawsuit mechanism outlined in the new Securities Law, and the SPC released guidelines on July 31 that stipulate the procedures for such lawsuits. Courts are encouraged to improve procedures for class action litigation to ensure there are no obstacles blocking channels for investors to safeguard their rights and to help reduce their legal costs.

To ensure proper information disclosure, courts should clearly identify the responsibilities of issuers, controlling shareholders, actual controllers and other related people, as well as sponsoring agencies, according to the guidance. In cases involving the violation of regulations and civil and criminal laws, the defendant’s assets should be used to settle compensation in civil actions ahead of the payment of fines and other financial penalties.