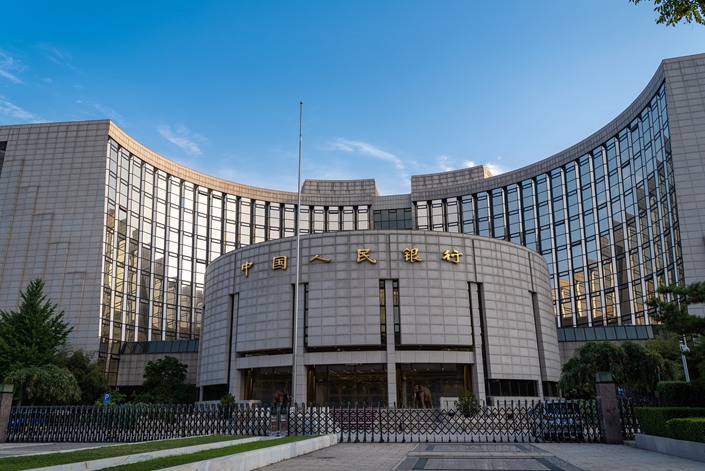 In June, China set up a special purpose vehicle that aimed to channel as much as 440 billion yuan to regional banks so they could support small businesses.

China’s central bank does not plan to expand its efforts to extend credit to small businesses in the fight against the coronavirus pandemic, as the tools involved have already provided the support they needed to and the economy has returned to normal, according to a senior People’s Bank of China (PBOC) official.

In June, the PBOC and the Ministry of Finance set up a special purpose vehicle (SPV) that aimed to channel as much as 440 billion yuan ($63.6 billion) of funds to regional banks so that they could provide new loans and roll over maturing loans to small businesses.

On Thursday, Gao Fei, a deputy director general of the Financial Market Department of the PBOC, said at a press conference (link in Chinese) that the central bank currently has no plan to enlarge the scale of the SPV. As economic operations have gradually returned to normal, the finances of many small businesses’ have improved such that they no longer need loan extensions, Gao said.

Authorities used two tools to channel funds from the SPV. The first allocated up to 40 billion yuan for regional banks to roll over loans to small businesses. Banks that extended loan repayments could apply for an incentive equivalent to 1% of the principal from the SPV.

Gao said that with that tool, banks rolled over loans worth over 1.4 trillion yuan for micro, small and midsize businesses in June and July, achieving the program’s goal. The tool helped banks roll over nearly 30% of loans they granted to small businesses with total credit lines under 10 million yuan, he said.

The second consists of a 400 billion yuan relending quota that the PBOC made available so the SPV could buy unsecured loans granted to small businesses by qualified local banks. This loan purchase plan aimed to spur lending of as much as 1 trillion yuan.

Thanks to that tool, banks across the country provided a total of 1.6 trillion yuan in loans to small businesses with credit lines of less than 10 million yuan in June and July, up more than 40% year-on-year, Gao said. He added that as of the end of July, the outstanding value of such loans rose 27.5% year-on-year to a record high of 13.7 trillion yuan.

The Politburo, which consists of the 25 most-senior officials of the Communist Party, held its latest quarterly meeting on July 30, where they highlighted the need to maintain reasonable growth of money supply and total social financing. Economists with Macquarie Group Ltd. said in a research note that the meeting suggested Beijing was considering normalizing policy and focusing on containing risk after the economy returned to growth with a 3.2% year-on-year gain in the second quarter this year.