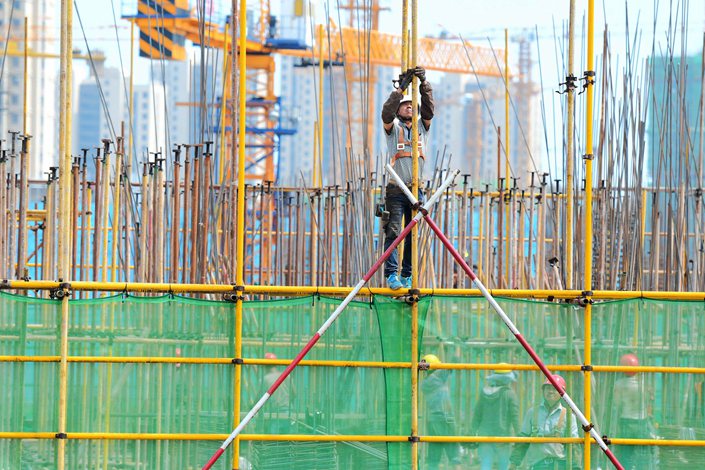 Wang Tao is the head of Asia economics and chief China economist at UBS Investment Bank. The article, edited for length, is a two-part assessment of China’s economic future. Read the first part here.

China still has more policy levers to pull to offset future economic shocks, compared with most other major economies. Learning from the past lessons, Chinese policymakers tried to focus on keeping the pandemic under control and normalizing activities as fast as possible, while limiting the size of fiscal and monetary stimulus, especially compared with the U.S. and China’s own stimulus during the global financial crisis.

Despite the recent increase, China’s overall government debt (including implicit local government debt) was about 73% of GDP in 2019. After stimulus to combat the pandemic this year, total government debt should be at just above 80% of GDP in 2020, largely manageable. On the monetary policy front, the PBOC has been modest in balance sheet expansion compared to many other central banks and can still lower reserve requirement ratios (RRRs), which are currently 12.5% for large banks.

Given that interest rates are still some distance from zero, the availability of RRRs and liquidity facilities, as well as means to boost lending through window guidance, China has no immediate need to do outright quantitative easing or directly monetize fiscal deficit.

Macro leverage will rise but risk of near-term systematic problem is low. It is true that China’s debt to GDP ratio will rise by 25 percentage points in 2020, and many investors are concerned again about the debt issue since it is much higher than most other large emerging markets.

We think the risk of a systematic problem in the near term is relatively low because the expected recovery in GDP growth should curb the worsening debt trend – in fact we expect a largely flat macro leverage ratio in 2021. Also, China still has high domestic saving and most debt is financed by domestic funding, and controls on outflows are expected to remain while positive rate spreads and more opening are attracting inflows, helping with domestic liquidity. Moreover, banks are largely state owned, and the state can also exert large influence on borrowers to help achieve a more orderly restructuring of bad debt with banks, reducing defaults and the chance of a vicious circle. For the longer term, the main hope is for China to sustain decent growth, and for more domestic reform and policies to help keep risks under control.

China has pushed domestic market opening and will likely open further. Despite the U.S.-China tensions and the Covid-19 shock, China’s pace of opening domestic markets has accelerated, including rolling out a new foreign investment law to level the playing field for foreign investors with the “negative list” scheme, removing foreign ownership caps on financial institutions, abolishing quota restrictions of QFII and RQFII, and implementation of stock and bond connect schemes.

We are convinced that China will continue to open domestic markets and sectors to foreign investors and try to attract more foreign companies and investment, as net foreign portfolio inflows were over $60 billion in the second quarter. We expect China to further remove or lower entry barriers to its domestic markets to attract more capital inflows, helping to keep the yuan exchange rate relatively strong and stable against the dollar. In addition, despite likely escalating U.S.-China tensions, we think China is unlikely to retaliate against U.S. companies in China.

Structural reforms could help support long term growth. China has been focusing more on pushing forward reforms in factor spaces recently, including more easing of household registrations restrictions, relaxing of rural land policies and committing to a three year state-owned enterprise reform time table. Household registration and land systems reform and further improvement of social safety net should help give better opportunities to rural and migrant population, boosting labor supply and consumption. Further state-owned enterprise reforms, if implemented, should help levelling the playing field for private and foreign enterprises. Pushing these reforms will be critical so that vested special interests are not too entrenched and inhibit China’s long term growth.

The biggest risk to China’s outlook in the next few years is the rising geopolitical tension, especially the worsening U.S.-China relations. This has already led to higher tariffs, trade restrictions, and tech restrictions, with investment restrictions and pressures to decouple also increasing. Heightened uncertainty will be bad for sentiment and business investment in general. Geopolitical risk, especially conflicts with the U.S. could lead to turmoil in financial markets not just in China but globally, though we think that risk is very small.

The increased pressure to decouple will likely accelerate ongoing supply chain shifts. Globalization has slowed in recent years and supply chain shift has been ongoing for years as companies adjust to rising costs and sophistication in China.

UBS Evidence Lab CFO surveys showed that the U.S.-China trade war and Covid-19 have intensified pressures for supply chain decoupling from China. In the short term, we estimate that actual supply chain shifts or delay in capital expenditure in China may directly reduce manufacturing investment by two percentage points. The overall impact through related sectors may be larger, though some supply chains may also move to China for its large and rapidly growing market. The impact on employment may be limited and can be offset somewhat by industries catering to domestic demand.

Tech decoupling may lower long-term trend growth. China does rely on imported components and capital goods in some key sectors from the U.S. and other major developed markets. If forced to decouple, China will build its own ecosystem and substitutes eventually. But with less access to advanced technology and high tech equipment, China’s advance in the coming years may be slower, with weaker productivity gains and lower potential GDP growth. Decoupling, especially in technology, could lower China’s potential growth by as much as another half a percentage point a year from our current forecast in the coming years.

There is a lot of uncertainty here, depending on China’s own policies and innovation, but also on whether and to what extent other governments join efforts by the U.S. government to decouple. Nevertheless, China’s continued opening and reform can help keep the economy competitive and attract more investment to take advantage of its large and fast growing market.

In the end, notwithstanding external risks, China’s own domestic development and domestic policies are the most important factors to watch. As long as China continues to combine deepening reforms to foster productivity growth with enhancing social protection and pursues policies to open up to and further integrate with the world, attract foreign investment and foster competition, its long term outlook should remain solid.