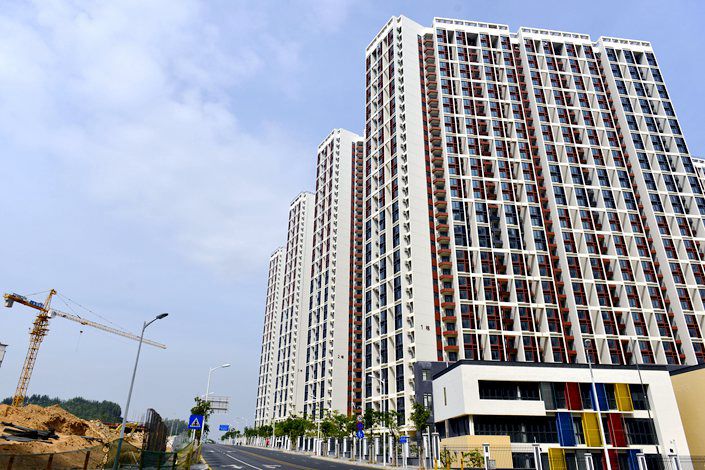 Taking a page from Singapore, China’s southern megacity of Shenzhen plans to eventually have 60% of its residents living in government-subsidized housing, a senior city official said.

It is rare for a Shenzhen official to make a clear public statement that the city will learn from another country’s public housing model. Singapore’s policy aims to provide affordable homes to residents who are unable to buy one on the private market. As of 2018, 81% of Singaporean citizens lived in government-subsidized apartments, according to an estimate by Singapore’s Housing and Development Board.

In a speech (link in Chinese) Friday, Zhang Xuefan, head of the Shenzhen housing bureau, repeated the words of President Xi Jinping that have become something of mantra among Chinese policymakers — “houses are for living in, not for speculation.”

Back in July 2018, the Shenzhen government proposed (link in Chinese) building 1.7 million homes from 2018 to 2035, of which at least 1 million — or about 60% — will be government-subsidized homes for rental or sales.

However, it is difficult for Shenzhen to have 60% of its total residents live in these government-subsidized homes in the short run, because such housing makes up only a fraction of the city’s total, several industry researchers told Caixin.

At the end of 2018, government-subsidized housing accounted for around 6% of the Shenzhen’s total housing inventory, said Li Yujia, chief researcher at a housing policy research institution in South China’s Guangdong province.

Furthermore, even if the 1 million new units of public housing get built in Shenzhen by 2035, it still wouldn’t be enough to keep up with the city’s population growth, said Dai Xinming, founder of a Shenzhen-based real estate think tank.

The main problem is a severe shortage of land available for housing in Shenzhen, said Song Ding, a real estate expert at think tank the China Development Institute.

As of 2019, only 22.6% of Shenzhen’s total land available for construction was used for residential purposes, much lower than the national minimum standard of between 25% and 40%, according to a report (link in Chinese) released by the Shenzhen housing bureau in April.

To address the issue, Zhang said that Shenzhen will raise the proportion to 30% by 2023.