Yuan Could Remain Strong Against Dollar Until Well Into 2021, Analysts Say 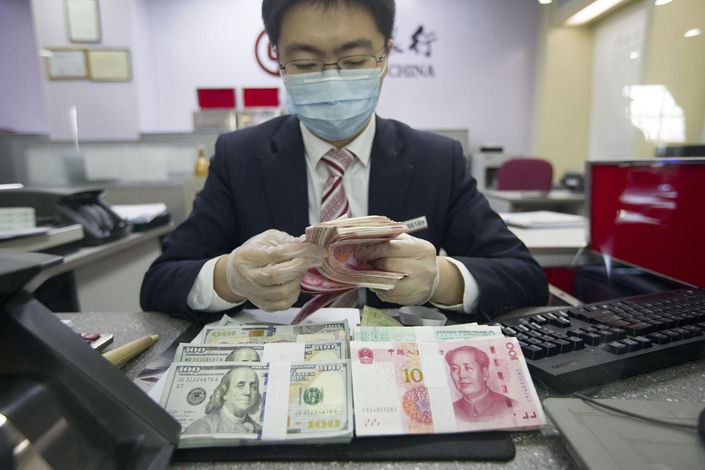 The recent appreciation of the Chinese currency against the U.S. dollar has been caused by various factors, analysts said, including the Asian country’s economic recovery, the greenback’s general weakness, and growing interest rate gaps between assets denominated in the two currencies.

On Thursday, the central bank set the yuan’s daily reference rate at 6.8319 to the U.S. dollar, the highest point since May last year and up about 4.2% since this year’s low point in May. Both the onshore and offshore yuan posted a similar performance over the period.

The daily reference rate is an important benchmark for traders in the foreign exchange market. The onshore yuan is allowed to trade up to 2% above or below the reference rate, which is set based on several criteria, including the previous day’s closing price and submissions from major banks.

The crucial cause of the growing value of China’s currency — which is also known as the renminbi (RMB) — is the economic recovery it has seen in the wake of the country’s coronavirus epidemic being brought under control, analysts said.

“The performance of domestic (economic) fundamentals after the epidemic has laid an important foundation for the RMB’s exchange rate,” Citic Securities Co. Ltd. analysts said in a Wednesday note (link in Chinese). In the second quarter, China’s GDP rose 3.2% year-on-year, reversing a 6.8% drop in the previous quarter, while the U.S. GDP dropped a record 32.9%. The International Monetary Fund has estimated that China would be the only major economy to achieve economic growth this year.

“The RMB’s yield advantage has become significant, as the Chinese economy is leading the global recovery from the pandemic,” HSBC strategists said in a Wednesday note.

“Chinese policymakers have been more measured in monetary policy easing since May, as they emphasized the policy balance between supporting growth and preventing financial risks in recent communications. The Fed has stayed dovish on the other hand,” analysts with Goldman Sachs and Beijing Gao Hua Securities Co. Ltd. said in a Tuesday note.

From the start of May to Thursday, the yield on 10-year Chinese government bonds rose by more than a fifth to 3.09%, while the yield on their U.S. counterparts dropped 1 basis point to 0.63%.

The weakening U.S. dollar is another driver of yuan appreciation. As of Thursday, the U.S. dollar index had dropped over 6% since the start of May.

“A few structural reasons drove the recent USD weakness, including high-valuation (the trade-weighted dollar was about 20% overvalued before its decline since May), lower yields and sovereigns’ need for diversification away from the dollar,” the Goldman Sachs and Gao Hua analysts said.

“We expect these drivers to remain in place and the strengthening trend of CNY (the yuan) against the USD to continue in the next 12 months,” they wrote. Several other analysts hold similar views.

Some economists said policymakers could be more tolerant of yuan appreciation this time than before as better-than-expected exports may ease their concerns over the downsides of appreciation.

“In 2020-21, a stronger RMB would help China diversify away from the USD and optimise its resource allocation. Excessive appreciation pressures can be offset by outbound capital liberalisation, if necessary,” the HSBC strategists said.

The U.S.-China relationship remains a major uncertainty, multiple analysts said, as the yuan is sensitive to trade-related issues and the U.S. presidential election.