Banking Regulator Gives Small Lenders a Shot in the Arm 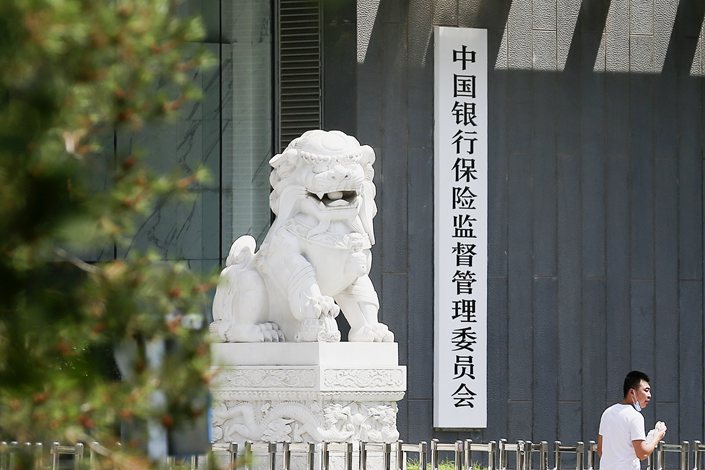 China’s top banking regulator has stepped up to bat for small-loan companies, raising the amount of leverage they can take on.

The China Banking and Insurance Regulatory Commission (CBIRC) regulation (link in Chinese) released Wednesday says that small-loan companies’ outstanding leveraged funds in the form of standardized debts such as bonds and asset-backed securities products can amount to as much as four times their net assets, and those raised from nonstandardized debts such as bank loans can be equal to their net assets.

Previously, small-loan companies’ total outstanding borrowings were generally capped at between 50% and three times their net capital, depending on where they are based. In practice, financial regulators in some regions, such as the southern financial hub of Shenzhen, took net assets as a reference instead of net capital, a Shenzhen regulatory official told Caixin.

Earlier this year, several regions, including the southern province of Guangdong (link in Chinese), raised the cap to five times the companies’ net assets to help them weather the impact of the Covid-19 epidemic.

Unlike banks, small-loan companies are not allowed to take on deposits and need to use their own or borrowed money to make loans. When the companies came into existence in the first decade of this century, they were instructed by regulators to mainly offer credit to farmers and small businesses.

The Wednesday regulation can allow small-loan companies to better serve small and micro enterprises, Ji Shaofeng, an expert on small loans, said in an opinion piece (link in Chinese).

China’s regulators have long sought to boost lending to small businesses, a task which has taken on greater urgency in the wake of the Covid-19 pandemic, which has put extra strain on these companies’ finances.

The new policy comes as good news for small-loan companies, many of which are also feeling the financial pinch as they find it difficult to get loans from banks to fund their lending, multiple industry insiders said.

However, some analysts have cautioned that new rules may not benefit the majority of small-loan companies.

Just relaxing the leverage ratio ceiling will not solve financing difficulties in the short term, a source at the China Micro-Credit Companies Association, a self-regulatory body, told Caixin.

The rules also come at a time when the lenders’ profitability was potentially facing a squeeze from China’s top court. Last month, the Supreme People’s Court slashed the upper limit on interest rates offered by “private lenders,” defined as individuals and companies that do not have lending licenses.

It is not clear whether small-loan companies should be restrained by the new limit, as there has long been ambiguity about whether they should be classed as private lenders or as financial institutions. Some courts have previously identified the companies as private lenders and issued judgments based on relevant rules.

However, the banking regulator’s new rule seems to contradict this viewpoint, some say. The message is that small-loan companies are “not private lenders,” said Xiao Sa, a partner at Beijing Dentons Law Offices LLP.

“(The banking regulator) obviously wanted the judiciary not to include small-loan companies in the private lender category,” small-loan expert Ji wrote.

The new regulation also tightens rules about how loans issued by small-loan companies can be used, as part of a broader strategy to prevent financial risks. Borrowers are not allowed to use the loans to invest in the stock market, financial derivatives or real estate, the CBIRC said.