By Lu Yutong and Fang Zuwang 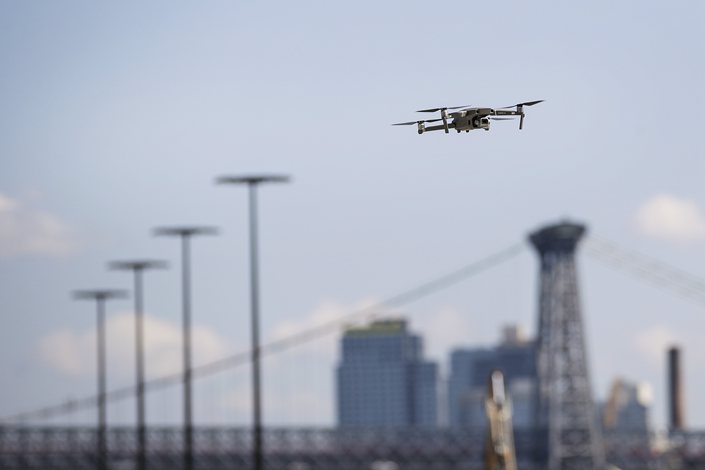 With drone giant DJI controlling over half the domestic industrial drone market, Jouav has a market share of just 5.4%.

Chengdu-based Jouav Automation Tech Co. Ltd. has received the green light for an IPO in which it will seek to raise 451 million yuan ($66.6 million), the bourse revealed Thursday.

Jouav’s main products are fixed-wing drones that can take off, hover and land vertically like a helicopter — a type of drone which accounts for one-tenth of China’s drone market and which has not been developed by DJI, according to the company’s prospectus. Its products are mostly used for mapping, inspection and surveillance.

Three-quarters of the funds raised will go to a new Chengdu factory — which is expected to produce 3,700 drones each year — and the rest will go to research and replenishing its operating capital.

Drones brought in nearly three-quarters of Jouav’s 210 million yuan revenue last year, and related services contributed about 13%. The drone-maker’s preliminary financial data showed revenue from January to September jumped at least 20% year-on-year to 150 million yuan, with profit increasing over 9% to 20 million yuan, thanks to increased marketing.

However, with drone giant DJI controlling over half the domestic industrial drone market, Jouav has a market share of just 5.4%.

Governments have been a stable source of sales, as Jouav has ties with bodies including the China Earthquake Administration and the Ministry of National Resources, as well as state-owned enterprises such as the country’s power transmission monopoly State Grid Corp. of China.

But this source of income is threatened by an emerging trend of mapping companies building their own drones. This trend has seen Huace’s contribution to Jouav’s revenue slump from 16.98% in 2017 to its single-digit level last year.

Another factor that could darken the drone-maker’s outlook is its reliance on imported components amid the tech decoupling of China and the U.S. All its drones’ laser scanners and inertial navigation systems come from abroad, and half of its camera lenses and one-third of its chips are imported.

New export restrictions China recently imposed could worsen Jouav’s overseas business, as the rules require government approval for exports of items such as personal information push services based on data analysis and voice-recognition technologies, which are commonly used in smartphones, robots and drones.