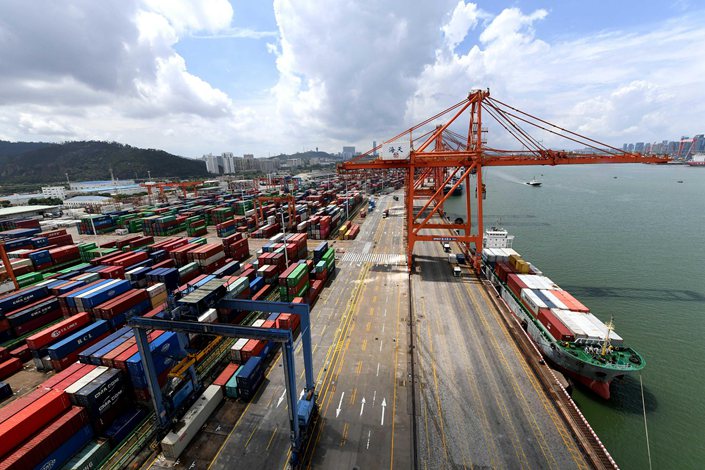 Financial reforms in free trade zones have been closely watched by investors.

The State Council, China’s cabinet, announced a plan (link in Chinese) to further expand the FTZ program on Monday, adding zones in the capital city of Beijing, Central China’s Hunan province and the eastern province of Anhui. The plan also involves expanding an existing FTZ in the eastern province of Zhejiang, and will bring the country’s total number of FTZs to 21.

In China, FTZs are designated areas with preferential business, trade and financial policies that are intended to attract international businesses while testing economic reform and opening measures.

The Beijing FTZ will incorporate new policies focused on financial opening, as well as services trade and the digital economy.

Financial reforms in FTZs have been closely watched by investors, including measures to liberalize the capital account and ease cross-border settlement of the yuan.

According to the plan, banks in the zone will be allowed to issue overseas yuan-denominated loans to foreign institutions’ non-resident accounts (NRAs), a special type of account opened with Chinese mainland banks by overseas entities and individuals.

The capital’s FTZ will also serve as a testing place for a digital currency developed by the People’s Bank of China, building on internal tests of the digital currency conducted in four cities and in scenarios concerning the 2022 Winter Olympics in Beijing.

In terms of services liberalization, the Beijing FTZ will set up a “negative list” for trade in services, allowing free market access for foreign business excluding those specified on the list. The negative-list model was first employed for services trade in a plan to develop the southern island province of Hainan into a world-class free trade port which was published earlier this summer.

“Beijing plays a leading role in the opening up of China’s services industry. We will support the Beijing pilot FTZ in relaxing restrictions for services trade access as much as possible in qualified areas,” Vice Minister of Commerce Wang Shouwen said at a Monday briefing (link in Chinese).

China unveiled its first FTZ in Shanghai in 2013, where it has tested a series of reform measures involving investment, finance and trade.

Shen Fan and Han Wei contributed to this report.