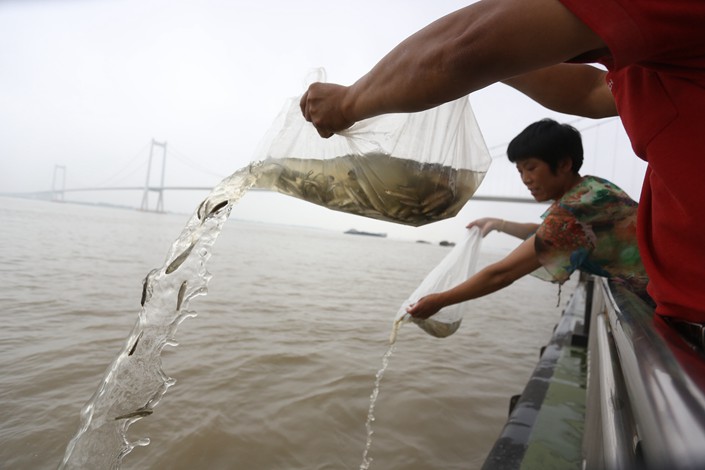 Beijing is getting tough on e-commerce and food delivery firms in the Chinese government’s campaign aimed at protecting the biodiversity of the Yangtze River.

The Beijing Municipal Administration for Market Regulation summoned representatives from six companies including e-commerce giant JD.com, food delivery titan Meituan and short video platform Douyin for a meeting, telling them to crackdown on the illegal sales of products from no-hunting areas of the Yangtze River and from other unknown waters, according to a statement released Friday.

To that end, the regulator ordered the six companies to take all necessary measures including adding key words such as “fresh water products from the Yangtze River” and “wildlife from the Yangtze River” to their respective prohibited goods lists and tightening up on the verification of sellers’ qualifications, the statement said.

It added that operators of short video apps, which double as e-commerce livestreaming platforms, should enhance their oversight of content related to sales of products from the Yangtze River.

In July, Beijing kicked off a one-year campaign aimed at combating the illegal sale of Yangtze River products in response to the Chinese government’s 10-year ban on fishing in key areas of the river issued in January. The ban aims to work towards the protection of the region’s biodiversity.

Related: What Killed the Yangtze River?