Trending in China: School Throws Away Students’ Food Deliveries To Force Use of Canteen 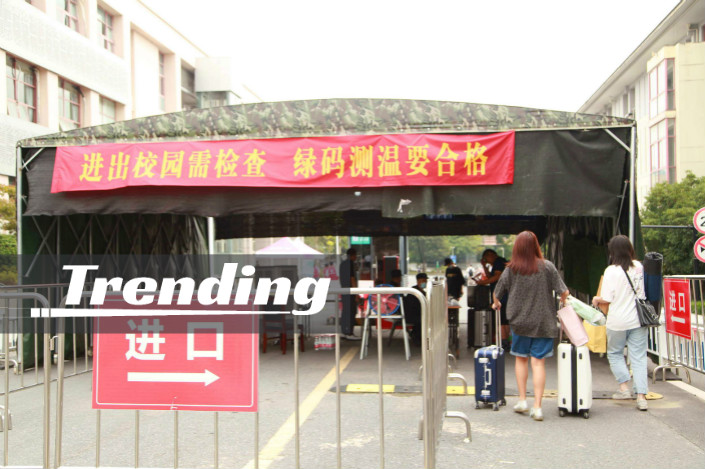 A vocational college in Shandong Province is trending on Weibo as its staff threw away students’ food deliveries in an attempt to force them to use the school canteen.

On the first day of school, students from Shandong Laiyang Health School found the food deliveries they had ordered thrown in the trash. According to students at the school, the student union confiscated their deliveries under instruction from school management.

Students in the college are currently not allowed to leave the campus due to the pandemic, and students believe that by forbidding them from ordering delivered food the school had hoped they would be forced to patronize the canteen, although according to one student “the food in the school canteen is a bit expensive and there are a lot of people in line.”

The school later issued a notice saying that the food had been confiscated as part of epidemic prevention and food safety. But they also admitted that their “extreme measures” should be rectified.

The behavior of the school quickly aroused public outrage especially given the current national campaign to reduce food waste. Also, people regarded the school’s actions as a violation of student property. “How can you dispose of other people's personal belongings without authorization?! This is how you set an example for students? Isn’t it a waste of food?” One popular post remarked covering both points.

Related: Students at a Xi’an University Scream Over Quarantine Conditions