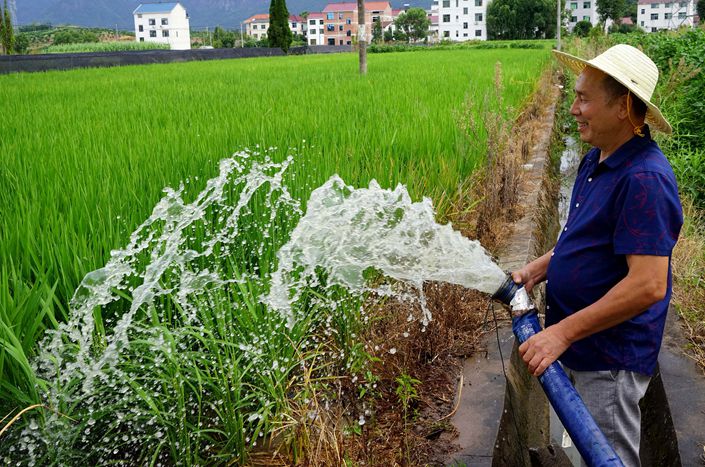 The upward pressure was caused by the Covid-19 pandemic, flooding in southern China and international price fluctuations, Tang Ke, head of the ministry’s Department of Market and Informatization, said at a briefing, adding that the autumn harvest would help stabilize the market.

Food security has made headlines in China as Covid-19 and months of flooding raised concern about disruptions to the supply of food, especially grains. Earlier this month, President Xi Jinping called for a crackdown on food waste (link in Chinese), saying that the country should maintain a sense of crisis regarding food security.

It is understandable that the public has worries about food security, as “food comes first for people,” Tang said. But he stressed that grain yields have stayed at a high level over the years and only a small part of demand is met by imports.

Last year, China’s total grain output grew 0.9% to a record high (link in Chinese) of 663.8 million tons, according to data from the National Bureau of Statistics (NBS).

Although output remained solid, supply tightened as farmers stored more themselves in anticipation of rising prices. As of Aug. 5, the National Food and Strategic Reserves Administration had purchased 18% less wheat in major growing regions this year than it did in the same period last year.

There are still likely to be headwinds facing grain output for the rest of the year, such as droughts and typhoons, Pan Wenbo, another agriculture ministry official, said at the briefing. Whether or not grain yields will grow this year depends on the autumn harvest, which accounts for three-quarters of the year’s output, he added.

Pan also mentioned the “structural contradiction” in the supply and demand of agricultural commodities, as China can basically achieve self-sufficiency in rice, wheat and corn, but it has to import the majority of soybeans it needs. “The gap between the production and demand (of soybeans) is increasing year by year, with annual imports reaching 80 million to 90 million tons,” said Pan.

Read more
In Depth: Why China Is Still Hooked on U.S. Soybeans