By Bo Xue and Yang Ge 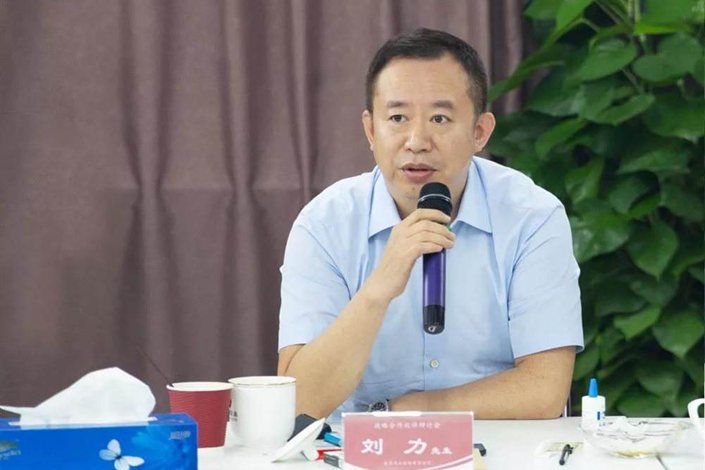 The party is over for the top brass at liquor-maker Shede Spirits Co. Ltd.

The second-tier spirits distiller’s shares plunged nearly 20% this week after it said three of its top officials were under a criminal investigation related to the illegal use of 4 billion yuan ($586 million) in company funds by an indirect controlling shareholder.

According to its Thursday disclosure (link in Chinese), Shede Chairman Liu Li, CEO Li Qiang and director Zhang Shaoping are all under investigation related to the alleged misuse of company funds. Earlier this month, investigators also opened an investigation into Zhou Zheng, who exercises control over the company, and financial official Li Fuquan also faced restraining measures.

The company is one of a large field of Chinese spirit-makers specializing in baijiu, the country’s national liquor. The industry is highly fragmented, with such companies often holding a special place in their home regions as a sort of brand ambassador. But the industry also has suffered negative effects in recent years for its association with lavish and wasteful government-sponsored banquets that have been the source of a crackdown in recent years under the government of President Xi Jinping.

Corruption within such liquor companies themselves has also been in the spotlight over the past year, following a series of scandals at national champion Kweichow Moutai Co. Ltd., China’s most valuable company and whose name is synonymous with baijiu in China.

While much of Moutai’s corruption related to officials who abused the company’s famous name for their own benefit, Shede’s alleged misdeeds stem from simpler accusations involving misuse of company funds.

The company briefly suspended its shares on Monday after disclosing an indirect controlling shareholder called Tianyang Holdings had illegally used company funds and failed to repay them on time. Shede previously disclosed that Tianyang was using more than 4 billion yuan of its capital in 2019, and that as of mid-August 475 million yuan still had yet to be returned.

Shede said its own investigations showed that Tianyang’s real estate subsidiary had used some of the funds. It said China’s securities regulator and law enforcement authorities are conducting an investigation into the illegally-used funds, adding that its board will encourage Tianyang and its affiliates to raise funds and repay the obligation.