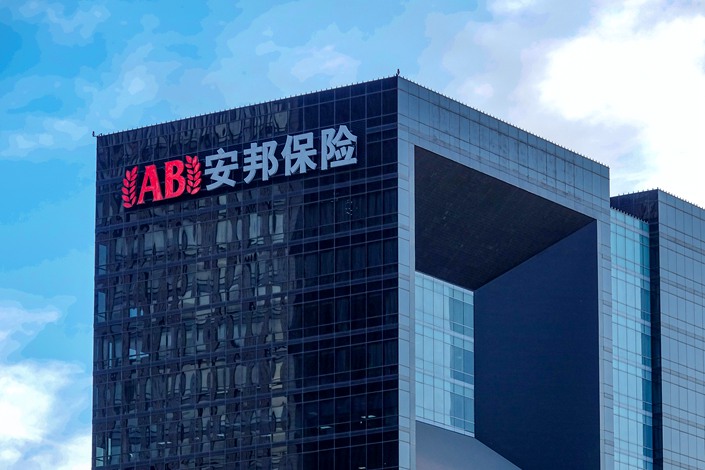 The company created to take over a significant portion of Anbang’s assets has failed to complete its restructuring on time.

Anbang Insurance Group Co. Ltd. has been dismantled and has decided to go into liquidation, but the story of the once high-flying conglomerate remains far from over.

Dajia Insurance Group Co. Ltd., the company created to take over a significant portion of Anbang’s assets, has failed to complete its restructuring plan by its initial August deadline amid disagreements among regulators and stakeholders as well as disputes over some of Anbang’s overseas assets, knowledgeable sources told Caixin.

Regulators and stakeholders of Dajia have already agreed to an overhaul of the restructuring plan, the sources said. China Insurance Security Fund Co. Ltd., Dajia’s largest shareholder, will finish reevaluating the company’s assets by the end of this year, and will restart wooing strategic investors in 2021, they said. Insurance Security Fund operates the insurance protection fund that raises money through mandatory contributions from insurance companies based on their premium income.

The faltering salvage operation raises questions about how easily the insurance protection fund will be able to recover the 60.8 billion yuan ($9 billion) that it injected into Anbang after it was seized by the government in 2018. It also raises doubts about China’s corporate turnaround campaign to defuse the risks to the financial system spawned by not just Anbang, but other freewheeling conglomerates like CEFC China Energy Co. Ltd. and Tomorrow Holding Co. Ltd., particularly amid the economic changes brought about by the coronavirus pandemic.

Getting the fund’s money back

The chief goal of the restructuring plan is to ensure the Insurance Security Fund avoids taking a bath on its investment, the sources said. Financial regulators have decreed that the fund firm can only hold Dajia equity temporarily, with an end goal of Dajia emerging from restructuring as a privately owned company.

Regulators initially intended for Dajia to have a decentralized stake structure consisting of three to five new qualified investors — the goal was to prevent a single large shareholder from abusing its position, the sources said. However, they found it difficult to attract enough quality investors and eventually decided not to stick to the decentralized equity plan. Nonetheless, recouping as much of Insurance Security Fund’s money as possible remains the primary goal, they said.

The 60.8 billion yuan was used to plug the hole in Anbang’s capital that its founder Wu Xiaohui had left by falsifying capital injections. Wu was sentenced to 18 years in prison for fundraising fraud and embezzlement in May 2018.

At the end of June 2018, Anbang recorded negative 130 billion yuan in net assets, including a paper loss in its investment in China Minsheng Banking Corp. Ltd.

One reason behind the restructuring plan’s failure was that some of Dajia’s assets had lost value amid the pandemic, causing hand-wringing among regulatory officials about the possible loss of the insurance protection fund, according to people familiar with the matter.

According to the previous restructuring plan that was made around the end of June, Primavera Capital Ltd. and Xiamen International Financial Technology Co. Ltd. were set to buy about 32% of Dajia’s stake for 1.5 yuan per share, and Insurance Security Fund’s holding would be reduced to 63%, the people said.

However, under the plan, the fund firm would have to tolerate a paper loss in the billions of yuan until Dajia’s share valuation recovered to the point where it could sell off its stake without losing money, which is 2.5 yuan per share, the people said.

Much of that paper loss has something to do with Anbang’s investment in Minsheng. In recent years, Anbang bought a large number of shares of the Shanghai- and Hong Kong-listed bank, eventually sinking 90 billion yuan into the stock, according to Caixin calculations based on data from Minsheng’s exchange filings. The majority of Anbang’s stake in Minsheng has been transferred onto Dajia’s balance sheet. Currently, the bank’s sluggish share price leaves Dajia 50 billion yuan in the hole on the investment.

As to Dajia’s other assets, some have gained in value just as others have declined amid the pandemic, the sources said. Although its total assets need to be reassessed, Dajia could have a net asset value as high as 20 billion yuan, without taking into account the Minsheng investment.

Joining Dajia’s restructuring next year still interests some companies, including Primavera Capital and some listed Chinese insurers, the sources said, as some Dajia assets remain attractive to them. Foreign insurers can also partner with Primavera Capital in investing in Dajia, they said.

Dajia also faces uncertainties in its disposal of some of the assets Anbang accumulated during its unbridled overseas spending spree in the 2010s, such as luxury U.S. hotels. Dajia has set aside hundreds of millions of U.S. dollars to deal with these uncertainties, the sources said.

After regulators took over Anbang, they decided to sell its overseas assets that did not do much to augment its core insurance business. One snag in this plan is a dispute between an Anbang subsidiary and a company owned by South Korean investment firm Mirae Asset Global Investments Co. Ltd. over Anbang’s Strategic Hotels & Resorts Inc.

In September 2019, Mirae’s MAPS Hotel and Resorts One LLC agreed to pay $5.8 billion to buy Strategic Hotels from the Anbang subsidiary, AB Stable VIII LLC. The deal included 15 hotels in the U.S. But MAPS tried to back out of the deal this year due to the decline in the hotels’ value and its rising financing costs amid fallout from the pandemic, using Dajia’s delayed disclosure of disputes over the ownership of the hotels as an excuse, the sources said. In April, AB Stable filed a lawsuit against MAPS in the U.S. to force it to honor the deal. A court in the state of Delaware has yet to rule on the matter.

The disputes over the hotels’ ownership were stirred up by a person named Andy Bang living in California. He claimed that four of his companies owned the hotels based on a contract he had signed with Wu and Chen Xiaolu, a former Anbang director. Last year, the four companies filed lawsuits in the U.S. demanding to be compensated by Anbang and Dajia.

However, private detectives hired by Dajia later found out that the companies were incident-faking extortionists, and judicial authentication showed that the contract was fake and Wu and Chen’s signatures on it were forged, the sources said. Several U.S. courts eventually dismissed related lawsuits.

As of the end of this August, Anbang’s overseas investment totaled about 130 billion yuan, and Dajia had recouped about 80 billion yuan by selling off assets, the sources said. That disposal will be nearly complete once it offloads Strategic Hotels, they said.

In Depth: A Maze of Capital Leads to Anbang’s Aggressive Expansion