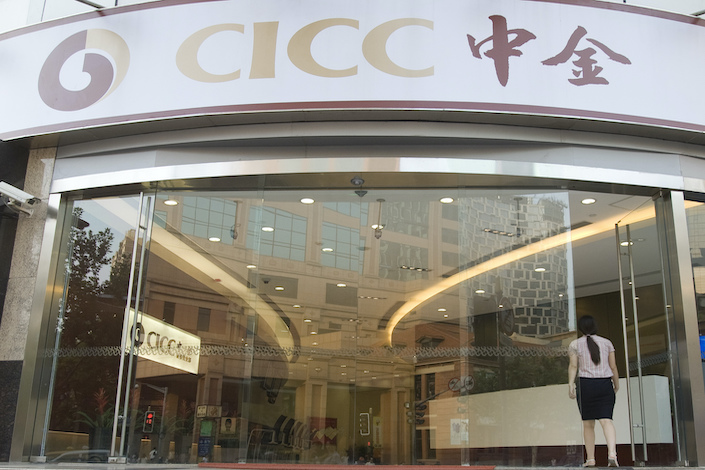 Hong Kong-listed CICC said in May it would issue the 458 million shares, then said in July it would offer as many as 1.4 billion shares because its earlier plan could no longer meet its capital needs for expanding the business. Last month, CICC scrapped the July plan without explanation.

As the first Sino-foreign joint-venture investment bank founded in 1995, CICC has been an underwriter for many Chinese enterprises’ overseas offerings. After helping 60 state-owned enterprises restructure and go public in Hong Kong, the company made its own listing in the city in November 2015. In this year’s first half, the company acted as lead underwriter for 13 A-share IPOs and five A-share refinancing projects. It is now underwriting financial-technology giant Ant Group Co. Ltd.’s $35 billion concurrent IPOs in Hong Kong and Shanghai.

In the current offering on the main board of the Shanghai Stock Exchange, 17 strategic investors won the right to subscribe for about 3.96 billion yuan of the shares. They include current shareholders Alibaba Group Holding Ltd. and sovereign wealth fund Abu Dhabi Investment Authority. Those investors will subscribe for 138 million shares, or 30% of the total offering, filing documents showed.

CICC adopted a market-based pricing mechanism for its Shanghai IPO and achieved a price-to-earnings ratio of 33.89, significantly higher than the informal cap of 23 times earnings under previous rules on Chinese mainland stock exchanges. The 28.78 yuan-per-share offering price is nearly 80% higher than the Hong Kong-listed H-share price.

CICC’s current biggest shareholder is Central Huijin Investment Ltd., an investment arm of China’s sovereign wealth fund, with 46.2%, according to the company’s 2019 annual report. Appliance manufacturer Haier Group Corp. is the second-largest shareholder with 9.5%. Morgan Stanley, the company’s large initial shareholder, sold its 34.3% stake in CICC several years ago to a handful of entities including Singapore’s sovereign wealth fund.

Tencent Holdings and Alibaba Group each holds a less than 5% of CICC.