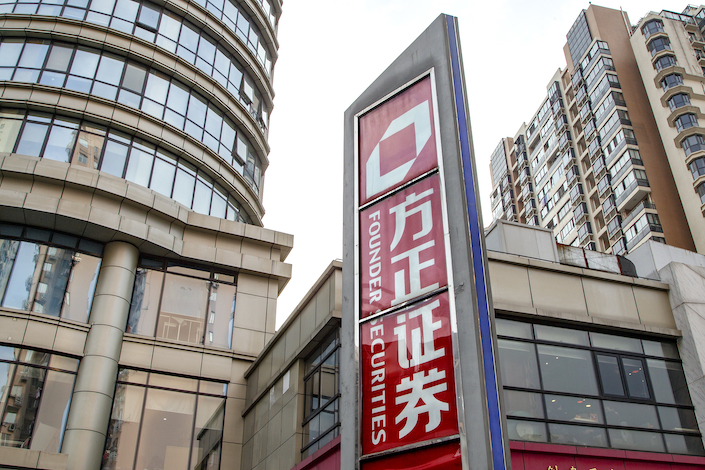 The regulator is concerned that the brokerage, one of the core assets of Founder Group, could funnel proceeds from the bond issuance to its parent company, according to people close to Founder Securities.

PUFG is undergoing a bankruptcy reorganization after it failed to repay 2 billion yuan ($300 million) of bonds last year. The group is owned by Peking University, one of China’s oldest and most prestigious universities.

Founder’s creditors originally expected a reorganization plan by November, but now the proposal will probably be delayed to around Spring Festival in February 2021 because the strategic investors haven’t turned in their investment plans, according to people close to the matter.

Founder Securities was already suspected of funneling funds to its parent. In November 2019, the brokerage bought 230 million yuan of trust products from Citic Trust Co. Ltd., which used the proceeds to extend a loan to Founder Group. Founder Securities said it found out only in March that the proceeds weren’t used for investment as agreed, but Citic Trust maintained that the use of the funds conformed with the trust contract. The two companies eventually settled the dispute and agreed to terminate the trust contract.

In an inquiry letter in May, the Shanghai Stock Exchange asked Founder Securities to clarify whether it has used financing proceeds for other nonoperating purposes and whether there is a potential interest arrangement with related parties.

Founder Securities disclosed in its response that it bought 510 million yuan of bonds issued by Founder Group. But it said the purchase was a commercial activity and does not constitute nonoperating use of capital.