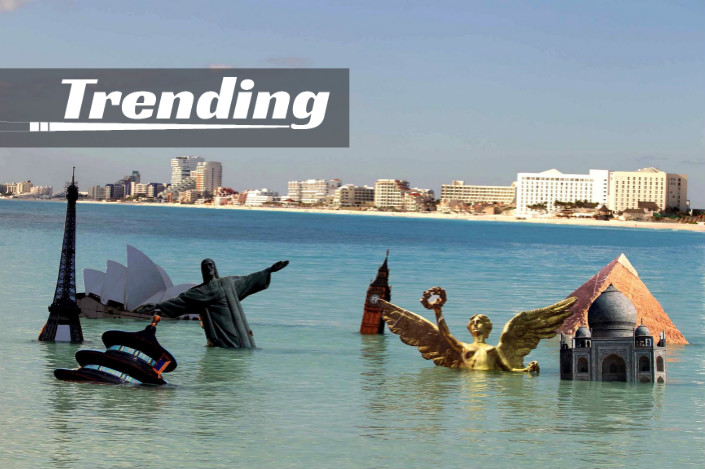 In other news today, the U.S. has officially walked away from the Paris Agreement on climate change one year after formally deciding to do so. Despite the date coincidentally falling on the same date as the 2020 U.S. presidential election, drawing social media attention elsewhere, on Weibo 290 million people viewed a hashtag marking the event.

The move makes the U.S. the only country of 196 signatories to reject its 2015 commitment to do its part in maintaining global temperatures at less than 2 degrees Celsius above pre-industrial averages. Since taking office in 2017, President Trump has led his administration to shed at least nine global multilateral obligations, and announced the withdrawal from the U.N. accord last November citing the need to prioritize support for U.S. manufacturing and climate change skepticism.

Under the Paris Agreement, the U.S. promised to cut greenhouse gas emissions by at least 26% by 2025, compared with 2005. Federal reluctance to act on this has been balanced out by support from American states and cities. In an NPR article quoting Andrew Light, a former climate official in the State Department, “the U.S. is currently on track to reduce emissions by about 17% by 2025.”

The distancing of the White House from action to mitigate global warming gives China the chance to further its investment in green energy as a way out of the climate crisis. The world’s second largest economy is currently the global leader in wind and solar energy and the largest investor in renewable energy projects. Major solar power and wind turbine manufacturers operate out of the East Asian country.

A local media article from Zhangzhou in Fujian said “America’s withdrawal from the Paris Agreement shows that the U.S. is neither a beacon of humanity nor the New Rome, but simply a beacon for Americans.” Arguing that everyone knows the world needs environmental protection, energy conservation and emission reduction, the article acknowledges that the U.S. is compelled to prioritize industrial transition to safeguard the livelihood of workers in traditional sectors. The return of manufacturing from China is part of discussions on how to “Make America Great Again.”

One comment under the article on Weibo read, “When things are okay, everyone looks the same. But when someone feels their interests are infringed, their face changes completely.” Others met the long expected retreat from another global commitment with resignation. “America is addicted to breaking contracts” wrote one. “Even if [Trump] hadn’t withdrawn, he wouldn’t have respected the agreement,” said another. Another Weibo user wrote, “Withdrawal from the planet would be better,” attracting thousands of likes.