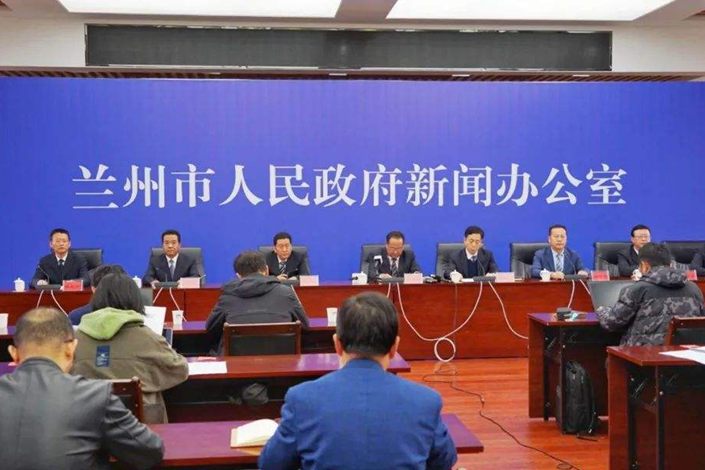 Thousands of people in Lanzhou have fallen sick with brucellosis since last summer, when the factory used expired sanitizer and allowed live bacteria to seep into its exhaust.

The number of people in a Northwest China city infected by a potentially lifelong disease due to a factory leak is more than twice as high as previously thought, the local government has revealed.

Officials in Lanzhou, the capital of Gansu province, said at a press conference Thursday that widespread testing in the area around the biopharmaceutical plant had found 6,620 people carrying antibodies against the Brucella bacterium, an increase of 3,375 on the figure reported in September.

The presence of antibodies indicates that they contracted brucellosis, which causes fever, joint pain and severe headaches that in some cases plague victims for life.

Thousands of people in Lanzhou have fallen sick with brucellosis since last summer, when the factory used expired sanitizer and allowed live bacteria to seep into its exhaust. The company initially covered up the leak and has since been ordered to pay compensation to the victims.

The updated figure comes after officials dramatically expanded brucellosis testing in the Yanchang Road neighborhood where the plant is located. As of Thursday, some 55,725 people had been screened for the antibodies, representing 97.5% of all residents, the Lanzhou government said (link in Chinese).

The factory’s operator, a state-owned firm called China Animal Husbandry Industry Co. Ltd., said Thursday it plans to increase the total compensation paid to victims to around 50 million yuan ($7.54 million), a rise of 15 million yuan on the amount it announced in September.

The company will also establish a special fund for follow-up testing, diagnosis and treatment, it added.

Lanzhou health authorities belatedly confirmed the leak in September, after a months-long Caixin investigation found that officials in the city of 2.9 million people had been slow to act on reports of the local disease outbreak.

The factory has since been ordered to pay compensation on grounds of negligence, although several victims complained to Caixin that the sums were too low and the terms of the proposed agreement forbade them from pursuing any future legal action against the company.