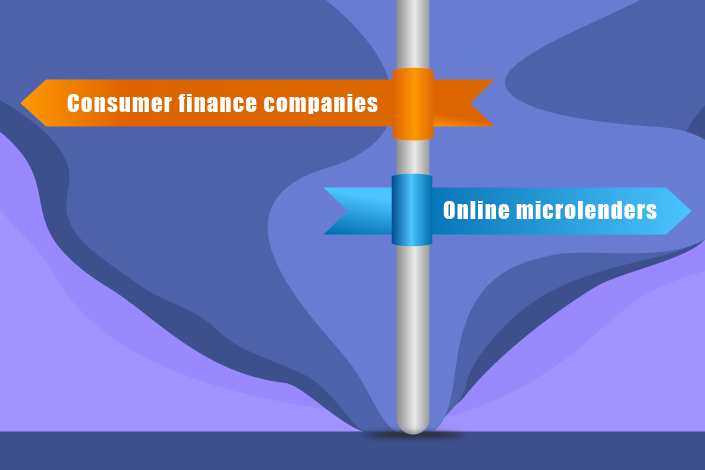 At the end of June, China had 26 consumer finance companies that managed a combined 468.6 billion yuan ($70.8 billion) worth of outstanding loans.

China’s top banking regulator has loosened some requirements for licensed consumer finance companies to further bolster lending amid the economic recovery, while tightening rules for the online microlending sector which has long been dominated by free-wheeling giants.

Consumer finance companies that meet certain criteria are allowed to set aside less money to cover potential losses from nonperforming loans (NPLs), according to a notice recently issued by the China Banking and Insurance Regulatory Commission (CBIRC), sources familiar with the matter told Caixin.

The companies are able to apply to drop their loan-loss provisions to as low as 130% of their NPLs from the previous floor of 150%, the notice said.

The recent average provision-to-NPL ratio among licensed consumer finance companies was about 186%, according to an August report (link in Chinese) by the China Banking Association (CBA), an industry body.

In China, the CBIRC approves the set-ups of licensed consumer finance companies. At the end of June, there were 26 such companies in the country that managed a combined 468.6 billion yuan ($70.8 billion) worth of outstanding loans, according to a CBA report (link in Chinese).

The policy support comes at a time when regulators are tightening control over the country’s more than 200 online microlenders, whose set-ups are generally approved by local governments’ financial supervision bureaus.

The new draft rules released on Nov. 2 would impose stricter capital requirements on previously lightly regulated online microlenders, seeking to put them on an even playing field with traditional financial institutions such as banks and consumer finance companies.

In September, the fintech giant received approval from the CBIRC to set up a new consumer finance company in the southwestern city of Chongqing, in a further move to boost its total lending capacity.