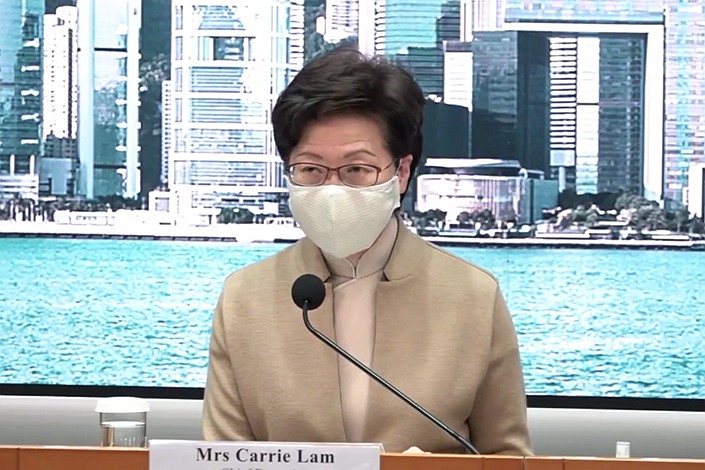 The announcement came on the heels of the National People’s Congress Standing Committee (NPCSC), the top decision-making body of China’s national legislature, passing a resolution the same day on the disqualification rules for lawmakers in the semi-autonomous city.

The resolution (link in Chinese) said that any legislators who promote or support the independence of the Hong Kong special administrative region (HKSAR), refuse to acknowledge China’s sovereignty over Hong Kong, ask external forces to interfere in Hong Kong’s affairs, or commit other acts that threaten national security should be disqualified.

The NPCSC said the disqualification rules were based on several related laws, including the Basic Law, the city’s mini-constitution, and the Hong Kong National Security Law enacted in late June.

The resolution said the rules are also applicable to future legislators and Legislative Council candidates. The previously planned September election of the council has been suspended until next year, while the current session has been extended.

In Hong Kong, Chief Executive Carrie Lam said during a press conference: “If we allow them to stay in the legislature, it’s obviously inconsistent with the Basic Law Article 104. To solve this problem, we asked the NPCSC to help.”

Lam said that her government will seek Legislative Council approval to incorporate the NPCSC’s decision into local legislation and the council’s oath-taking requirements.

She clarified that legislators deploying certain parliamentary tactics, such as filibustering and calling for quorums, will not be seen as meeting the requirements under the resolution.