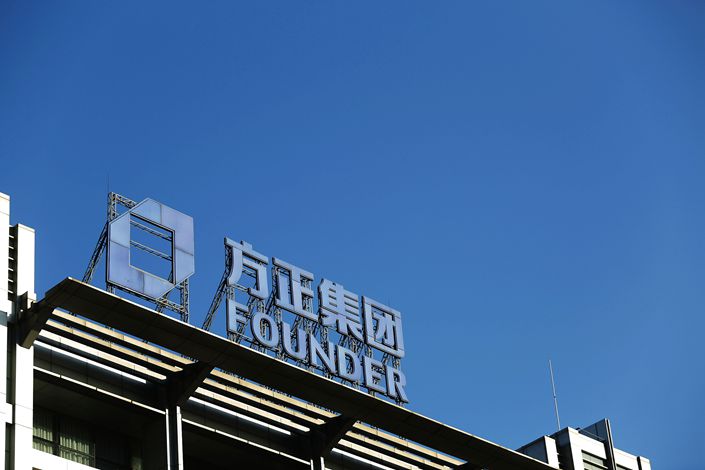 As of November 2019, Peking University Founder Group had interest-bearing debts of about 190 billion yuan.

About four-fifths of the 446 creditors with voting rights who attended an October meeting voted in favor of the plan, according to a PUFG statement (link in Chinese) released Thursday. Under the plan, PUFG will merge with three subsidiaries and one affiliate.

PUFG, which is owned by Peking University, one of China’s oldest and most prestigious tertiary institutions, rocked the market in December 2019 by failing to repay a 2 billion yuan bond. The default underscored the financial squeeze on Chinese businesses amid slowing economic growth, and especially concerns about the weak finances of debt-laden business arms of Chinese universities.

Following the default, PUFG executives said the company faced “extremely tight” cash flow. In February, a Beijing court accepted an application by one of its creditors to restructure the indebted conglomerate under the bankruptcy law.

According to the Thursday statement, more than 500 creditors in the October meeting reported they were owed 146.8 billion yuan of unsecured debt. As of November 2019, PUFG had interest-bearing debts of about 190 billion yuan, according to data PUFG reported to regulators and viewed by Caixin.

As another part of the restructuring plan, PUFG has picked four potential strategic investors to inject capital into the company, Caixin reported in September.

Recently, a string of bond defaults, including repayments failures by a coal miner and a major carmaker, have highlighted rising financial difficulties of Chinese companies. The issue has caught the attention of the country’s top economic planner, which called for local governments to step up efforts to manage default risks of corporate bonds.