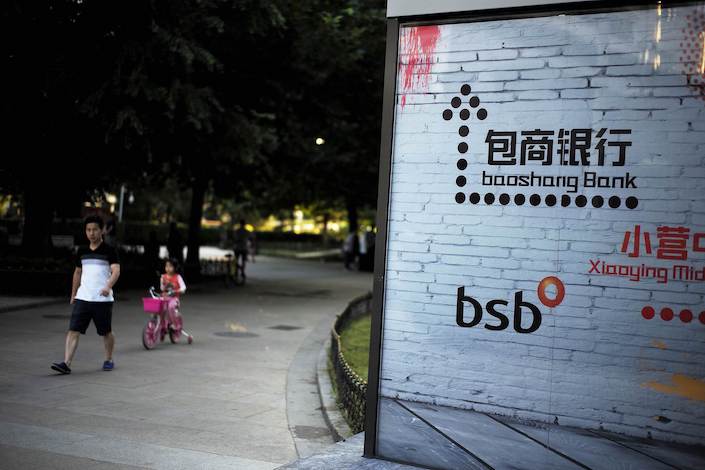 Baoshang is China’s first commercial lender to be liquidated through judicial procedure.

The China Banking and Insurance Regulatory Commission (CBIRC) agreed in principle for Baoshang Bank to enter bankruptcy and asked the bank to report major issues during the procedure to the regulator, according to a statement (link in Chinese) posted Monday on the commission’s website.

The statement, dated Nov. 12, was published as an extended state takeover of the bank was scheduled to end Monday.

Inner Mongolia-based Baoshang, which was 89% owned by private conglomerate Tomorrow Holding Co. Ltd., was taken under state custody in May 2019 amid severe credit risks. The bank was found to have a financial black hole of 220 billion yuan ($32 billion) due to massive fund misappropriation by its largest shareholder. The one-year state seizure of the bank — the first in 20 years — was later extended by six months.

In August, the central bank said it would allow Baoshang to file for bankruptcy, a rare decision as the country has long been reluctant to accept bank failures. The decision followed regulators’ years-long efforts to combat financial market risks stemming from shadowy borrowing activities of sprawling conglomerates. It also came as China’s financial industry faces greater challenges from continued economic slowing and fallout from the pandemic.

Baoshang is China’s first commercial lender to be liquidated through judicial procedure. While some of Baoshang’s good assets were taken over by the two lenders, the rest of the bank’s assets including shareholders’ equity and some creditors’ rights will be liquidated, the central bank said in August.

The state deployed about 170 billion yuan of public funds, including money from the national deposit insurance fund, the central bank’s relending and other liquidity tools to rescue Baoshang’s creditors.

According to the central bank, the deposit principal and interest of all individual Baoshang depositors were fully repaid by the central bank’s national deposit insurance fund. Corporate clients with less than 50 million yuan of deposits or debts with the bank were also fully protected. Bigger creditors had 90% of their debts repaid, the central bank said.

Earlier this month, Baoshang said it would write off a $980 million subordinated capital bond after it was recognized as insolvent by regulators.

The write-down was triggered because Baoshang was “seriously insolvent and unable to survive,” as confirmed by regulators during the state takeover, the central bank and the CBIRC said in a joint notice.