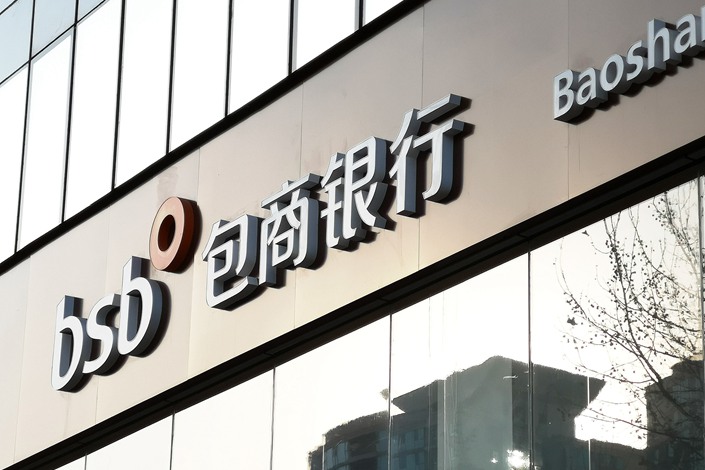 Embattled Baoshang Bank Co. Ltd. has been recognized as insolvent by regulators and will not repay a 6.5 billion yuan ($983.7 million) bond or related interest.

The regional lender said it would write down the full principal of the tier-two capital bond and not pay the remaining due interest worth 585.6 million yuan, according to its Friday filing (link in Chinese) to the National Interbank Funding Center, an entity under the central bank.

The write-down was triggered by the fact that Baoshang Bank was “seriously insolvent and unable to survive,” (link in Chinese) as confirmed by regulators during the state takeover, the People’s Bank of China (PBOC) and the China Banking and Insurance Regulatory Commission (CBRIC) said in a joint notice dated Wednesday.

In China, many commercial banks sell bonds to replenish their tier-two capital, part of the capital used to judge banks’ capital adequacy.

In December 2015, Baoshang Bank issued the 6.5 billion yuan tier-two capital bond with a 10-year term. According to the bond prospectus (link in Chinese), Baoshang Bank can write down the full principal amount and due interest of the bond without permission from the bondholders if a “trigger event” takes place.

The write-down has sounded another alarm for the interbank market, where banks and nonbank financial institutions borrow from each other to bolster their liquidity and increase leverage, and may drive them to do more to classify their peers’ creditworthiness, multiple analysts said.

“Both the scales of issuance and demand for tier-two capital bonds are relatively large, but most investors may not be aware of risks associated with such bonds. The (Baoshang Bank) case will make them more vigilant,” a senior employee at a joint-stock bank’s financial market department told Caixin.

The potential for a full write-down was hinted at back in August when the PBOC issued its second-quarter monetary policy report (link in Chinese). The report said that Baoshang Bank would file for bankruptcy and some creditor claims would be liquidated.

The central bank guaranteed an average of 90% of claims by Baoshang Bank’s big creditors, while guaranteeing all the principal and interest of all individual depositors as well as all corporate deposits and interbank debts worth less than 50 million yuan, ` the central bank report said. Large creditors lost a total of more than 30 billion yuan, sources told Caixin.

In May 2019, financial regulators announced they were taking over privately owned Baoshang Bank due to severe credit risks it posed, as part of years-long efforts to contain financial risks stemming from shadowy activities of sprawling conglomerates. The lender was found to have a financial black hole of 220 billion yuan due largely to the misappropriation of funds by its largest shareholder, secretive billionaire Xiao Jianhua’s Tomorrow Holding Co. Ltd.

The bank was controlled entirely by the major shareholder and insiders who had captured local regulators, leading to corporate governance failures and miring the whole operation in corruption and law-breaking, wrote Zhou Xudong, leader of the Chinese government’s takeover team for Baoshang Bank.