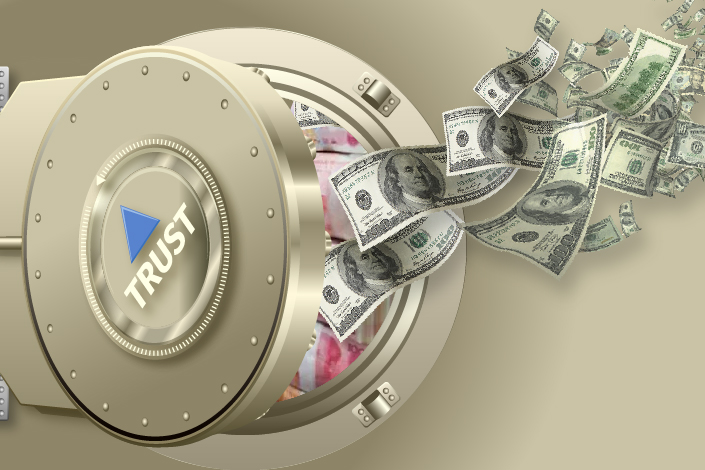 In 2019, nearly one-third of trusts were punished by regulators for a range of violations.

China has overhauled regulations governing the country’s $3 trillion trust industry, tightening oversight to help contain financial risks in a key area of the shadow banking sector that has become of increasing concern to authorities after a series of scandals and defaults.

The new rules, which will take effect on Jan. 1, represent the first significant update of trust regulations since June 2015. They stipulate stricter requirements for shareholders and managers of trust companies, and tighten standards for those allowed to conduct investment business, according to a statement released Tuesday by the China Banking and Insurance Regulatory Commission (CBIRC). They also relax criteria for overseas financial institutions to invest in the sector and enhance corporate governance obligations.

“The measures aim to further strengthen regulatory guidance for the industry and enhance the effectiveness of supervision on companies entering the industry,” the CBIRC said in a statement (link in Chinese), adding that the changes were in keeping with the State Council’s reforms to “delegate power, streamline administration, and optimize government services.”

Policymakers have become increasingly concerned about the potential financial risks in the trust sector, which plays an important role in shadow banking by providing loans to higher-risk companies and those who have difficulty getting credit from traditional banks. There are currently 68 companies licensed to conduct trust business in China. Data (link in Chinese) from the China Trustee Association show that at the end of 2019 they managed 21.6 trillion yuan ($3.1 trillion) of assets invested in a wide range of financial products including bonds, stocks, loans to private companies and local government financing vehicles.

In 2019, nearly one-third of trusts were punished by regulators for a range of violations, including conducting illicit off-balance-sheet lending and illegal real estate investments. Shanghai-listed Anxin Trust Co. Ltd., once the darling of the trust sector, collapsed last year and was found to have a 50 billion yuan black hole in its books.

Slowing economic growth and the fallout from the Covid-19 pandemic has increased financial pressure on the corporate sector which has had a knock-on effect on the health of the trust sector. Many trust companies are now looking for new shareholders to bolster their financial strength. Huaxin Trust Co. Ltd. announced on Nov. 17 that it was seeking one or more strategic investors to inject 3.4 billion yuan to 6.8 billion yuan into the firm to help it overcome a liquidity squeeze that’s already forced it to skip repayments on dozens of investment products over the past few months.

Policymakers have highlighted corporate governance failures as a key factor that’s contributed to the ills of the financial sector and have stepped up a campaign to improve the way companies are run, make them more accountable, improve transparency and make sure that shareholders don’t abuse their positions to use companies as their personal ATMs.

The new measures require companies who have become shareholders of trust firms to have a track record of profitability in the most recent three fiscal years. Their net assets must be at least 40% of their total assets after the deduction of year-end profit distribution. In an effort to encourage foreign institutions to invest in the trust sector, the rules remove a requirement that they need total assets of at least $1 billion at the end of the previous fiscal year to be eligible.

The final version of the regulations contains some minor changes to the draft released in April this year. Trust companies must have no record of major violations of laws and regulations in the past three years, up from a condition of two years required in the draft. The measures also require trust companies to obtain agreement from CBIRC before appointing a general manager and president, whereas the draft only stipulated they needed to register personnel changes with the regulator.

Timmy Shen and Han Wei contributed to this report.