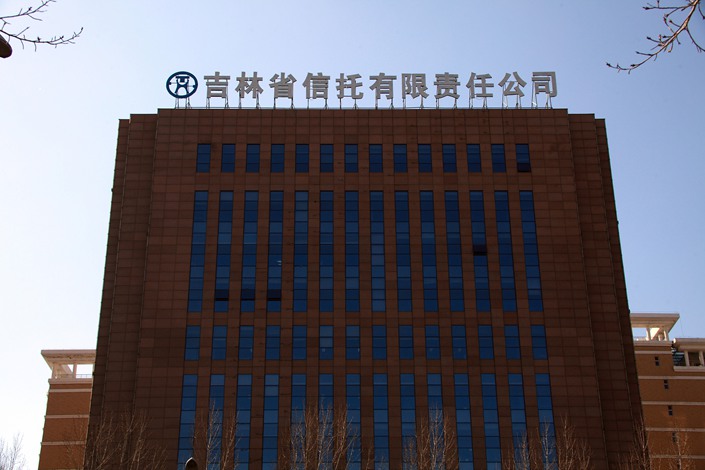 Troubled Jilin Province Trust Co. Ltd. (JPTC) has seen yet another chairman fall under an anti-graft probe, underscoring governance issues in the sector and adding to the state-owned company’s long streak of corruption investigations covering every chairman since 2001.

Tai Ge, chairman of JPTC, has been put under investigation on suspicion of “serious violations of (Communist Party) discipline and law” ­— a euphemism for corruption — the anti-graft watchdog of Northeast China’s Jilin province announced (link in Chinese) Sunday. The company is 97% owned by the Jilin provincial government’s financial department.

Tai, 49, came to JPTC in 2016 as general manager and was appointed deputy party chief in February 2018 before being promoted to party chief and chairman in June of that year, according to the statement.

Three former JPTC chairs have been previously investigated for, or convicted of, corruption. Zhang Xingbo was first, sentenced to death with a two-year reprieve for corruption in 2007, a decision which was upheld in 2009 upon appeal.

Gao Fubo, who took over from Zhang, was put under investigation in 2018 on suspicion of work-related crimes one year after JPTC was fined over 87 million yuan ($12.7 million) for insider trading under his tenure, and Gao was personally fined 200,000 yuan. Prosecutors brought the case against him to court last November, and his trial is still ongoing.

Li Wei, who took over from Gao in 2015, was investigated by the province’s anti-graft authorities less than two years after he took office, and in March was sentenced to five years in jail (link in Chinese) for bribery and abuse of authority.

The latest probe into Tai has dealt another blow to the firm’s already troubled operations. In 2019, JPTC’s net profit attributable to shareholders fell 46.9% year-on-year to 191 million yuan as assets under management shrank 25.6% year-on-year to about 64.9 billion yuan at the end of last year, according to its 2019 annual report (link in Chinese).

Poor governance has long been an issue for JPTC. In 2018, it did not have any board meetings as there was no independent director in place, nor did it have enough other directors to hold one. In August 2019, the local banking regulator fined the trust firm 400,000 yuan for improperly running meetings of shareholders, directors and supervisors.

JPTC’s governance issues are extreme, but it’s far from the only trust firm that’s in trouble. Last year, regulators punished nearly one-third of China’s 68 trust firms for violations including illicit off-balance-sheet lending and illegal real estate investments, levying at least 22 million yuan in fines, according to Caixin calculations based on public records.

Regulators have categorized six of the 68 trust firms as high-risk, Caixin previously learned from sources familiar with the matter. Among them are Sichuan Trust Co. Ltd., which has been mired in debt and failed to repay investors over 20 billion yuan, more than half of which is set to mature this year; and Anxin Trust Co. Ltd., who was revealed to have a 50 billion yuan financial black hole on its books.