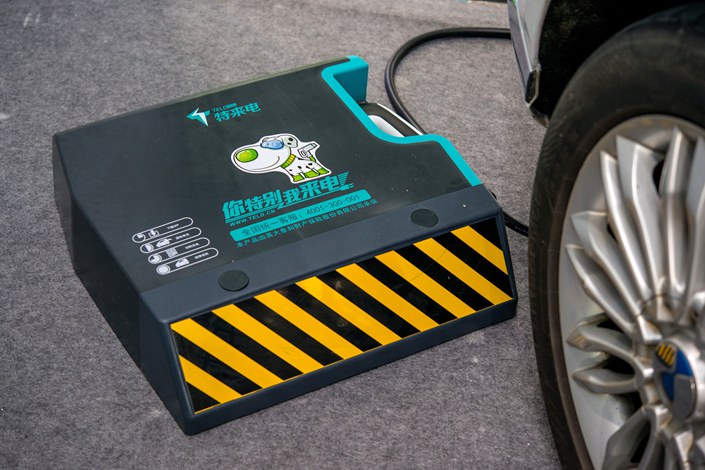 Teld is the biggest maker of EV charging infrastructure in China by number of installed charging stations.

China’s largest manufacturer of electric vehicle (EV) charging stations is seeking to list on the Chinese mainland amid the country’s aggressive push for wider adoption of new energy vehicles.

Teld was most recently valued at 7.8 billion yuan ($1.18 billion), when it completed a 1.35 billion yuan fundraising round in March from investors including state-owned asset manager China Reform Holdings Corp Ltd. Shenzhen-listed Qingdao TGOOD, which holds 81% of Teld, noted however that the companies’ inconsistent financial performance may pose an obstacle to listing as they may not be able to meet regulatory requirements.

Teld is the biggest maker of EV charging infrastructure in China by number of installed charging stations, holding over a quarter of the market with 173,000 charging stations across the country, according to October data from the state-backed China Electric Vehicle Charging Infrastructure Promotion Alliance.

Bankrolled largely by its parent, Teld has poured some 5 billion yuan into rolling out its charging station network, and was the first EV charging station operator to break even when it made a profit in 2018, said Yu Dexiang, CEO of TGOOD.

But the Covid-19 pandemic hit the EV charging sector hard, as people avoided traveling and drove less frequently. TGOOD said in its interim report that gross profit from its new-energy charging service slumped 74.11% year-on-year to 46 million yuan for January to June period, while revenue dipped 1.88% year-on-year to 649 million yuan.

Its future is bright, though. The Society of Automotive Engineers of China and Ministry of Industry and Information Technology estimate virtually all new cars sold in China in 2035 will be either hybrids or new-energy vehicles, and EV charging stations have also been included in China’s “new infrastructure” initiative to accelerate tech-driven upgrading of the domestic economy. In May, the company also signed a cooperation agreement with Huawei Technologies Co. Ltd. to collaborate on charging network standards involving 5G communication, according to a notice filed to the bourse.