End Could Be Nigh for Tsinghua Unigroup as Defaults Mount 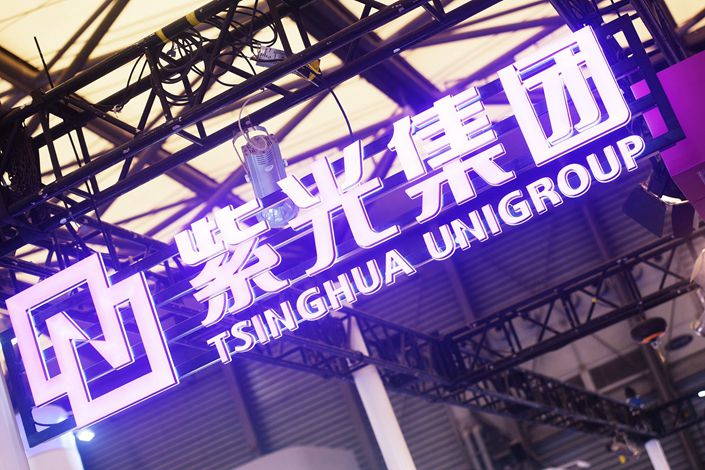 Tsinghua Unigroup, backed by prestigious Tsinghua University, said it failed to repay the annual interest due Thursday on a 5 billion yuan onshore bond.

Once ground-breaking Chinese semiconductor designer Tsinghua Unigroup Co. Ltd. has defaulted on another bond, adding to an already severe debt crisis that threatens to force the troubled company into bankruptcy reorganization.

The state-owned enterprise (SOE), backed by prestigious Tsinghua University, said (link in Chinese) it failed to repay the annual interest due Thursday on a 5 billion yuan ($764.5 million) onshore bond, citing tight cash flow. The five-year bond was issued in 2018 with a coupon rate of 5.2%, meaning the interest due was merely 260 million yuan.

Also Thursday, one of its offshore subsidiaries failed to repay the principal of a $450 million dollar bond, triggering a cross default of three bonds worth a total of $2 billion issued by Tsinghua Unic Ltd, another offshore subsidiary.

The latest defaults by the Beijing-based company and its subsidiaries come as several other high-profile SOEs have struggled to repay their debts in recent weeks. This has sent shockwaves through China’s corporate bond market, weakening investors’ confidence and leading to selloffs of SOE bonds and cancellations of new bond issuance plans.

The cash flow generated from Tsinghua Unigroup’s own businesses was insufficient, and external supports were fragile, the research arm of Industrial Bank Co. Ltd. said in a November report.

The company is too dependent on financing to support its cash flow, analysts at China Industrial Securities Co. Ltd. wrote in a report published last month. “As a holding company, Tsinghua Unigroup carried out an aggressive expansion by adding debt from 2013 to 2019,” they said.

Tsinghua Unigroup once stood in the vanguard of China’s hopes to develop a home-grown semiconductor industry. Since 2013, it had embarked on a steady stream of acquisitions and investments to diversify the business but it failed to generate income quickly in an industry characterized by big initial investments and long payback periods.