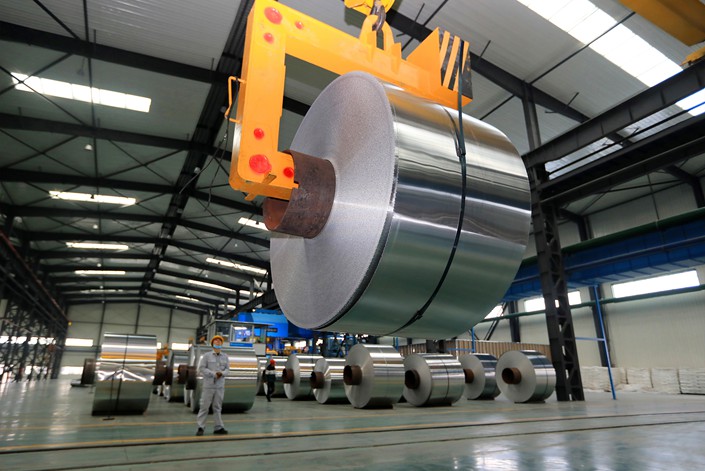 Retail sales rose 5% year-on-year in November, picking up from a pace of 4.3% growth in October, according to data (link in Chinese) from the National Bureau of Statistics (NBS) on Tuesday. Still, the reading came in below the median forecast for a 5.5% increase in a Caixin survey (link in Chinese) of economists.

The NBS was upbeat about the consumption recovery, citing growing employment and improving company profits. It noted the importance of consumption, which failed to meet expectations even though its growth accelerated in November from the previous month. “Consumption is still a crucial engine for China’s sustained and healthy economic development, because we can see that consumption’s contribution has played a leading role in economic growth in recent years,” Fu Linghui, an NBS spokesman, said at a Tuesday briefing (link in Chinese).

Compared with investment, industrial production and exports, consumption remained a relatively weak link in the recovery. Last month, catering revenue began shrinking again after turning positive for the first time this year in October. The figure was down 0.6% year-on-year in November.

Also on the demand side, investment growth continued to pick up speed. Fixed-asset investment, a key driver of domestic demand, grew 2.6% year-on-year (link in Chinese) in the first 11 months, accelerating from a 1.8% rise in the first 10 months. The rate was better than the median forecast of 2.5% growth in the Caixin survey.

“Good things come together in Nov.,” analysts at Macquarie Capital Ltd. wrote in a note. “It’s still the early stage of tightening so investment remains robust. Meanwhile, as life returns to normal, consumption is catching up quickly. Lastly, the second COVID wave in the US and Europe gave another boost to China’s exports.”

Private sector investment returned to growth for the first time this year, rising 0.2% year-on-year (link in Chinese) in the first 11 months, a reversal from a 0.7% drop in the first 10 months. The change shows that market-driven investments became more dynamic, Fu said.

Infrastructure investment, which consists of spending on road and railway construction and is generally led by the government, rose 1% year-on-year in the first 11 months, up from a 0.7% rise in the first 10 months.

Investment in real estate development rose 6.8% year-on-year (link in Chinese) in the first 11 months, accelerating from a 6.3% rise in the January-to-October period.

On the supply side, value-added industrial output, which measures production by factories, mines and utilities, grew 7% year-on-year (link in Chinese) in November, up from a 6.9% increase the previous month and beating the median forecast in the Caixin survey for 6.9% growth. “We expect output to remain above-trend in the coming quarters, even as tailwinds from stimulus and exports start to ease,” economists at research firm Capital Economics Ltd. wrote in a note.

The labor market also improved as China’s surveyed urban unemployment rate eased to 5.2% in November from 5.3% the previous month, declining for four months in a row, NBS data (link in Chinese) showed.

Some analysts raised their forecasts for China’s economy based on last month’s solid data. Economists at research firm Oxford Economics Ltd. revised up their forecast for fourth-quarter GDP growth to around 5.8% year-on-year from the previous 5.5%, as they expect the GDP to grow by 2.1% this year and 8.1% in 2021.

Economists from Nomura International (Hong Kong) Ltd. estimated that Beijing could normalize monetary and fiscal policies next year by gradually and moderately withdrawing stimulus, accompanied by a modest slowdown in credit growth.