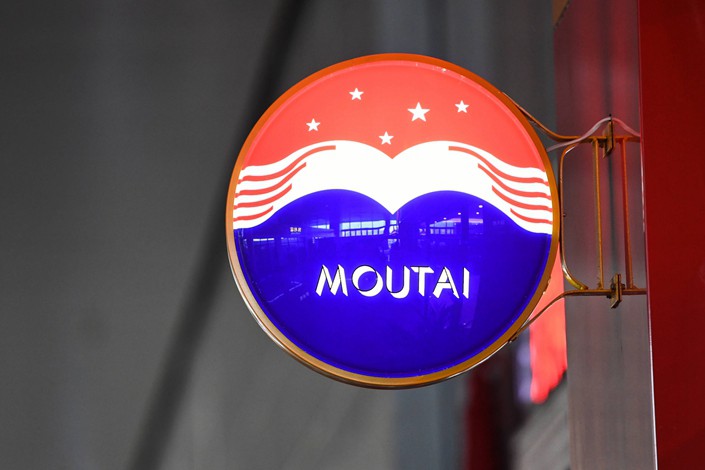 The parent of Kweichow Moutai has transferred a 4% stake in the iconic liquor-maker to a provincial government-backed investment vehicle, a move that could help ease the cash crunch of its debt-laden home province. Photo: IC Photo

The parent of liquor giant Kweichow Moutai Co. Ltd. has agreed to hand over part of its multi-billion-dollar stake in the Chinese mainland’s most valuable listed company to a provincial government-owned investment vehicle. The price? Free.

China Kweichow Moutai Winery Group Co. Ltd. (Moutai Group) is owned by the government of Southwest China’s Guizhou province, one of the poorest in the country. The move illustrates how a local government can leverage a profitable state-owned enterprise (SOE) to address its own debt problems by helping its other SOEs.

Moutai Group planned to transfer a 4% stake in Kweichow Moutai to Guizhou State-owned Capital Operation Co. Ltd. (贵州省国有资本运营有限责任公司) at no cost, according to a Kweichow Moutai filing (link in Chinese) released on the Shanghai Stock Exchange late Wednesday. The shares to be transferred are valued around 92.5 billion yuan ($14.1 billion), based on Wednesday’s closing price.

After the deal, Moutai Group will remain Kweichow Moutai’s controlling shareholder, retaining a 54% stake, the filing showed. Guizhou State-owned Capital will hold a 4.68% stake in the iconic liquor-maker.

The deal comes amid rising market concerns over Guizhou’s financial health as the province’s SOEs face mounting debt repayment pressure. At an August meeting (link in Chinese), local government officials guaranteed that they would take measures to ensure that bonds issued by local companies will be repaid on time. Guizhou State-owned Capital, which is controlled by the Guizhou Provincial Finance Bureau, will purchase bonds issued by local government financing vehicles in a bid to boost market confidence, the officials said.

Several bond investors said that while the stake transfer showed that the government was trying to address its debt problems, it will take time to assess how it will affect trading of bonds linked to the provincial government. The default of Yongcheng Coal and Electricity Holding Group Co. Ltd., a Henan province-based SOE, has had a major impact on market confidence, they said.

It’s the second time that Moutai Group has transferred a stake in this valuable subsidiary. Last December, the group announced it would transfer 4% in Kweichow Moutai to Guizhou State-owned Capital, which gradually sold off a majority of the stake for an estimated 71.2 billion yuan.

At the end of 2019, the Guizhou provincial government had repayment obligations on 967.3 billion yuan of outstanding debt, the seventh-largest amount among the mainland’s 31 provincial-level regions, according to a report (link in Chinese) by brokerage Guotai Junan Securities Co. Ltd. The debt overhang was equal to 146.3% of the provincial government’s overall fiscal capacity, ranking at the top among the regions and far exceeding the 100% red line set by the Ministry of Finance.