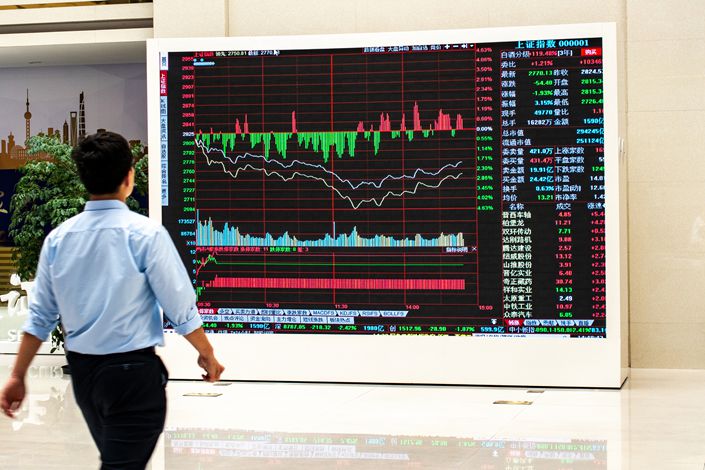 Aspokesperson for the Shanghai bourse said companies that fabricate financial figures could still face delisting on a case-by-case basis even if their misconduct doesn’t meet the quantitative thresholds.

Chinese stock exchanges have made it easier to give the boot to companies that commit financial fraud in the wake of complaints that an earlier draft of the rules left the delisting threshold so high that many misbehaving firms would never cross it.

The final revision to the delisting rules, which the Shanghai and Shenzhen stock exchanges released Thursday, show that regulators are willing to go further to meet criticism that high bars for delisting would allow some companies’ shares to continue being traded publicly even after they committed flagrant acts of fraud against investors.

“(The new rules) are of great significance for improving the quality of listed companies and promoting the healthy development of the capital market,” a spokesperson from the Shanghai Stock Exchange said in response (link in Chinese) Thursday to media inquiries.

The latest revised rules stipulate that a company can be delisted for financial fraud if it inflates its reported net profit, total profit or revenue for two consecutive years and by more than 50% of the actual amount combined, so long as the total inflated amount is more than 500 million yuan ($76.9 million).

Read more
Caixin Explains: Why the Back Door to China's Stock Markets Is So Attractive

The final rules came after the exchanges released a draft version on Dec. 14 that drew complaints that the hurdle for delisting was too high. In that draft, the rules required a company be delisted only if it inflated its net profit or total profit by more than 100% of the actual amount each year for three straight years, with a total amount more than 1 billion yuan. Industry insiders noted that companies with large enough profits could inflate them by enormous sums and still not qualify for delisting under the proposed rule.

In addition, Thursday’s rules require a company to be delisted if it inflates any line on its balance sheet for two consecutive years, as long as the total inflated amount was more than 50% of its net assets and more than 500 million yuan. The standard is stricter than the one in the Dec. 14 draft rules.

The spokesperson for the Shanghai bourse also said companies that fabricate financial figures could still face delisting on a case-by-case basis even if their misconduct doesn’t meet the quantitative thresholds.

The rules also streamline the delisting process for public companies, which is in line with the direction of national policy. The Standing Committee of the National People’s Congress, China’s top legislative body, has recently passed a revision to the Criminal Law to increase the punishments for individuals and companies involved in financial fraud or fraudulent share issuance.