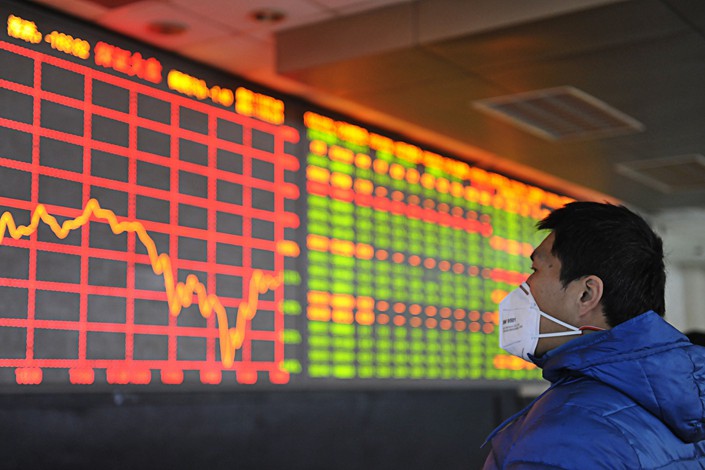 China’s registration-based IPO system was supposed to let the market take the lead in deciding which companies go public, so why are regulators now getting more hands-on?

If you think about how much time Chinese policymakers put into creating a system that gives the market a bigger say in the IPO process, you might wonder why regulators are suddenly taking a more hands-on approach to new listings.

The registration-based IPO system, which policymakers began promoting (link in Chinese) at least as far back as November 2013, was adopted by Shanghai’s STAR Market in mid-2019, and by Shenzhen’s ChiNext board earlier this year. The goal of the new system is to make the listing process more transparent and market-oriented than it is under the older approval-based IPO system. Under the latter regime, which is still used outside the STAR Market and ChiNext, companies are strictly screened. For example, they are required to show sustained profitability before they qualify for regulatory approval to go public. Under the new system, companies are allowed to list their shares as long as they disclose certain information about their businesses to investors.

However, in the wake of fintech giant Ant Group Co. Ltd.’s shocking IPO suspension, regulators have imposed several new conditions on companies going through the registration-based process. The ChiNext board has been giving window guidance — a kind of informal arm twisting — to a number of investment banks, requiring that IPO applicants must have reported a net profit of at least 50 million yuan ($7.6 million) in the most recent year, Caixin reported recently.

Also, in November, ChiNext rejected an application from a Jiangsu-based software developer, the first time it has done so since the decade-old board revamped its listing regime to allow registration-based IPO applications in June. The STAR Market has also recently rejected two IPO applications — one in September and the other in November.

The tighter scrutiny has slowed the IPO process, leading to a logjam of applicants. Although a spokesperson for the China Securities Regulatory Commission (CSRC) said (link in Chinese) that regulators had not deliberately set out to tighten IPO requirements, the CSRC has recently stressed (link in Chinese) the importance of improving the quality of public companies to protect investors (link in Chinese) and head off risks to the financial system.

The top securities regulator said in a November meeting that the Shanghai and Shenzhen stock exchanges should serve as gatekeepers and take regulatory responsibilities over IPO reviews and other processes to improve the quality of listed companies. “Improving the quality of publicly listed companies should be an important goal of supervising them,” it said (link in Chinese).

So what’s behind the change? One reason could be the fear of investors descending into a speculative feeding frenzy for newly listed companies on the STAR Market and ChiNext, which have already attracted a number of lackluster IPO candidates. Some observers said regulators might be worrying that further speculation could bring about uncontrollable risks to the stock market.

Of the companies that have gone public under the registration-based system, many saw their share prices double. Some even saw their stocks soar to 10 times their IPO prices, one industry insider noted, even though most investors did not bother to peruse their prospectuses.

This is a longstanding problem with China’s stock market. Investors tend to blindly rush into new listings, because regulators under the approval-based system have always screened applicants, giving the companies an air of government approval.

It seems that most investors haven’t realized the importance to coming to their own conclusions under the new system, where regulators no longer vet the quality of companies’ businesses, and instead leave it to investors to make their own decisions based on the required disclosures. Consequently, many IPO seekers have taken advantage of the situation. “Companies are rushing to list regardless of their quality,” said a senior manager at an investment bank. “Currently, only a few newly listed companies have high quality businesses. Most are mediocre.”

Under the registration-based system, companies are allowed to determine their offer prices as high as they want. Under the older system, regulators imposed an unofficial cap on IPO valuations — a price-to-earnings ratio of 23. Now, companies tend to set loftier offer prices, expecting that individual investors will be willing to accept them for new listings. “A lot of listed companies raised much more capital than they needed… amid irrational investor sentiment,” a financial industry insider said.

The consistency of such high offer prices has raised concerns that the interests of individual investors will be hurt if share prices one day fall back down to earth. It has already happened. In November 2019, biotech company Shanghai Haohai Biological Technology Co. Ltd. became one of the first companies on the STAR Market to drop below its offer price, only days after its stock surged on its debut.

Still, industry insiders said regulators should not backpedal from the market-oriented reform effort. As long as regulators hold fast to the goal of a transparent IPO process, investors will eventually grow more rational.

Also, regulators can guide the market toward rationality by implementing severe punishments for financial fraud and strengthening delisting rules, they said. China lacks a stringent delisting mechanism, making it hard for misbehaving companies to get booted from an exchange.

Controlling how companies get off — and on

In May, investors in Shanghai-listed drugmaker Kangmei Pharmaceutical Co. Ltd. got a pleasant surprise when its shares rallied after the scandal-ridden company announced it had been given a tiny fine for its $12.6 billion financial fraud, dashing expectations that it would be delisted. Some criticized the slap on the wrist, saying it would only serve to encourage more speculation by investors, not to mention more financial fraud by companies.

On Dec. 14, the Shanghai and Shenzhen stock exchanges proposed delisting rules that defined a delisting threshold specifically for financial fraud. Under the proposed rules, a company could be delisted if it inflates its annual profits by more than 100% for three straight years.

The problem with that, as industry insiders noted, is that companies with large enough profits could inflate them by enormous amounts and still not qualify for delisting under the proposed rule. Companies can also inflate profits for one or two years to avoid crossing the three-year threshold.

In addition, industry insiders criticized China’s lax regulations over backdoor listings for inflating the valuations of shell companies — many of which should be delisted. A backdoor listing allows a private company to go public by merging with a publicly traded “shell” company. The practice, which is common in China, has the advantage of allowing private companies to skip a time-consuming IPO process.

Read more
Caixin Explains: Why the Back Door to China's Stock Markets Is So Attractive

“For the ‘black sheep’ who are seriously fraudulent in financial records and ‘zombie shells’ that lack the ability to sustain their operations… they must be forced to delist before simmering problems boil over,” said Yan, the CSRC vice chairman.