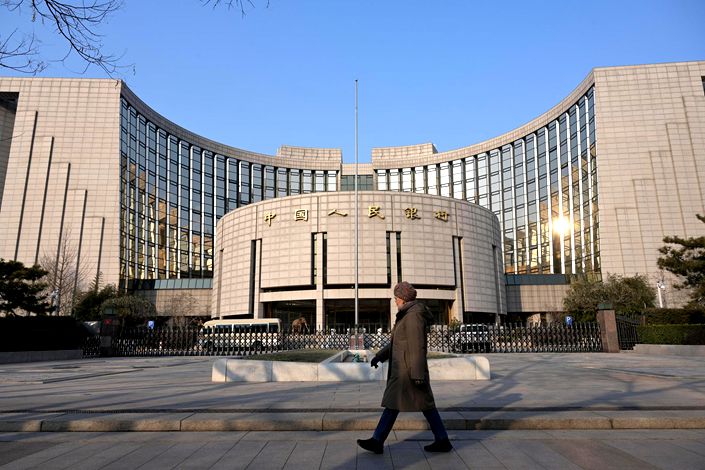 China’s central bank has issued a record penalty to a domestic credit reporting company for conducting personal credit checks without a license, marking a blow to the financial data industry and a modest victory for consumer data privacy.

The People’s Bank of China (PBOC) confiscated illegal gains of 19.2 million yuan ($3 million) by Pengyuan Credit Service Co. Ltd. and fined it a further 620,000 yuan partly for conducting an unlicensed personal credit reporting business, according to an announcement (link in Chinese) published on Wednesday.

All credit reporting service providers should be put under supervision and must have licenses to report credit records of enterprises or individuals based on existing laws and regulations, PBOC Deputy Governor Chen Yulu said at a briefing (link in Chinese) on Dec. 25. Protecting personal information and ensuring the security of credit information is the “bottom line” for the credit reporting industry, Chen declared.

Last month, shortly after submitting its own application, Pudao Credit received a license from the central bank to engage in personal credit reporting, making it the second company allowed to provide such services in China, according to a PBOC statement (link in Chinese) on Dec. 25.

Zhao Yihan, a deputy director-general of the PBOC’s own credit reporting system, is set to be appointed the chairman of Pudao Credit, according to an earlier PBOC statement (link in Chinese).

The latest approval aims to increase the supply of credit services and promote the market-oriented development of China’s credit reporting industry, the PBOC said.

Since giving the green light to open up the individual credit reporting sector to designated companies in a pilot program in 2015, the PBOC has been cautious about finally issuing personal credit reporting licenses due to concerns over consumer privacy and the commercial independence of the companies.

In the 2015 pilot, Pengyuan Credit was among the eight firms selected by the central bank to trial personal credit reporting services that previously had been provided only by the regulator. The central bank would decide whether to issue a license to these firms, including the ones linked to internet giants Ant Group Co. Ltd. and Tencent Holdings Ltd., based on their performance during a six-month period, it said (link in Chinese) at the time.

However, none of the firms has obtained a formal license to date. Wan Cunzhi, director of the PBOC’s Credit Information System Bureau, warned in April 2017 that the preparation the eight companies had made for running the personal credit reporting business was far below market demand and regulatory standards.

Wan said their respective services aimed to create a closed loop for their own business activities, making it hard to share consumer data widely and strengthen the credit reporting economy and creating conflicts of interest.

In the wake of the criticism, Baihang Credit Scoring, a central bank-backed company, obtained the first individual credit reporting license from the central bank and opened for business in the first half of 2018.

The National Internet Finance Association of China, an industry association overseen by the central bank and other financial regulators, holds a 36% stake in Baihang. Pengyuan Credit, along with the seven other companies that took part in the pilot program, each own 8%, indicating that these private companies are ineligible to provide personal credit reporting services on their own.

This market-driven personal credit reporting institution can collect information from lending channels outside the traditional financial system to assess the creditworthiness of consumers, so as to supplement the PBOC’s own credit reporting database that primarily gathers data from banks and other traditional lenders.