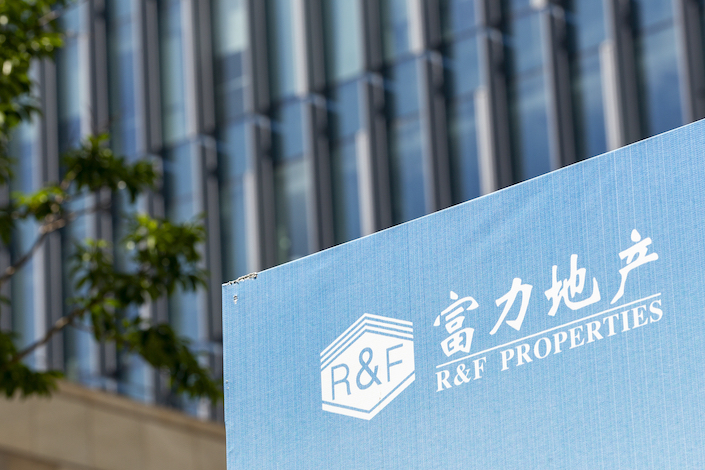 The Guangzhou government is leading a bailout of one of the province’s largest developers.

Debt-ridden Guangzhou R&F Properties pledged equity in 10 subsidiaries in December in return for a massive bailout led by the Guangzhou city government as nearly $2 billion of debt comes due this month.

The Hong Kong-listed development giant didn’t disclose how much money it raised from putting up the share stakes as collateral for new loans. The subsidiaries against which it borrowed own the company’s construction unit, its headquarters office building and a renovation project at Jishan Village in Tianhe. R&F has also been offloading other assets.

R&F Properties is one of the largest real estate companies in southern China’s Guangzhou province. As of the first half of 2020, R&F’s total liabilities exceeded 350 billion yuan ($53.6 billion), of which interest-bearing liabilities totaled 190 billion yuan. The enterprise had a cash balance of only 36 billion yuan as of September. The company planned to retain 30 billion for normal operations.

Like many Chinese developers, R&F has long relied on a strategy known as “borrowing new debt to pay for old debt,” which no longer works after regulators cracking down on the highly leveraged property development industry set caps in August on the amounts developers could borrow.

In the current financing and regulatory environment, it’s impossible for R&F to borrow money from banks. Its access to onshore bond markets appears limited as it has not issued any onshore bonds since a 1 billion yuan offering in April, according to Fitch Ratings, which assigned a negative outlook on the developer’s credit rating in November.

China’s 12 top developers were singled out to test regulators’ August “three red lines” directive before a potential rollout to all builders. The ability of the developers to borrow more money will be subject to three red lines: a liability-to-asset ratio (excluding presales) of no more than 70%; a net debt-to-equity ratio of less than 100%; and cash holdings at least equal to short-term debt. Companies that cross all three red lines will be barred from taking on more debt.

Although R&F isn’t one of the 12 developers, the company already stepped over all three red lines. As of the end of June, R&F’s liability-to-asset ratio exceeded 78%; its net debt-to-equity ratio was 176.7%; and the ratio of cash holdings to short-term debt was 0.48.

The company has been pursuing a number of options to generate cash for addressing the coming debt maturities. In October, R&F completed placement of 257 million new shares. All of the net proceeds of HK$2.5 billion ($322 million) went to repay overseas debt.

The developer is also trying to offload assets. In October, R&F sold interests in an office building it owned for nearly 2 billion yuan. In November, it sold a 70% stake in Guangzhou International Airport R&F Integrated Logistics Park to Blackstone Group for 4.41 billion yuan.

This story has been updated to correct the name of Guangzhou government. It is the Guangzhou city government.