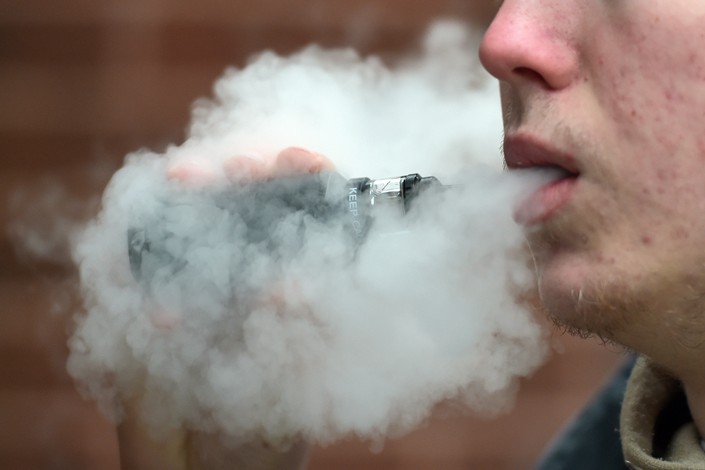 RLX Technology, a Chinese e-cigarette brand backed by Sequoia Capital China, has filed with the US Securities and Exchange Commission (SEC) for an initial public offering (IPO) to raise $100 million - likely a placeholder amount subject to change.

The listing attempt makes RLX the latest China-based e-cigarette and vape manufacturer to pursue a public share sale as investors are seeking to cash in on China's nascent vaping industry. Sales of e-cigarettes in the country amounted to only a tenth of those in the US in 2019, at $2.7 billion, although one if four Chinese adults smoke tobacco, according to consultancy Frost and Sullivan.

RLX's IPO could follow the Hong Kong listing of Shenzhen-based Smoore International, another e-cigarette major that offers products under the VAPORESSO brand. Smoore raised $918 million after pricing its shares at HK$12.4 apiece as the first vaping firm the list in Hong Kong in July 2020. The firm's shares have increased about 4.5 times from the offering price to the closing price of HK$67.5 ($8.7) on January 4, boosting a market cap of HK$399.7 billion (nearly $51.6 billion).

Investors' interest in betting on the market development did not seem to be dampened, even after Beijing in November 2019 has banned online sales of e-cigarettes, including sales and advertising on e-commerce sites, as well as on short-video and live-streaming platforms in an attempt to protect juveniles from accessing such products.

SNOWPLUS, a vaping startup that claimed to hold a 30 per cent market share in China, told DealStreetAsia in an interview in March 2020 that it had raised a combined $125 million, part of which would finance its foray into the overseas market.

Beijing-based RLX boasts a 62.6 per cent market share in China for closed-system e-vapor products in terms of retail sales, according to its prospectus. The firm has partnered with 110 authorized distributors to supply its products to over 5,000 RELX branded partner stores, and over 100,000 other retail outlets nationwide, covering over 250 cities domestically.

RLX has completed several funding rounds since its inception. In its most recent round, the firm closed $182.4 million in a Series D2 round in September 2020. Sequoia Capital China holds a 4.9 per cent stake in RLX.

Filed confidentially on October 26, 2020, the firm is yet to disclose the pricing terms of the IPO offering on the New York Stock Exchange (NYSE). It plans to list under the symbol "RLX." Citigroup is the sole bookrunner on the deal.